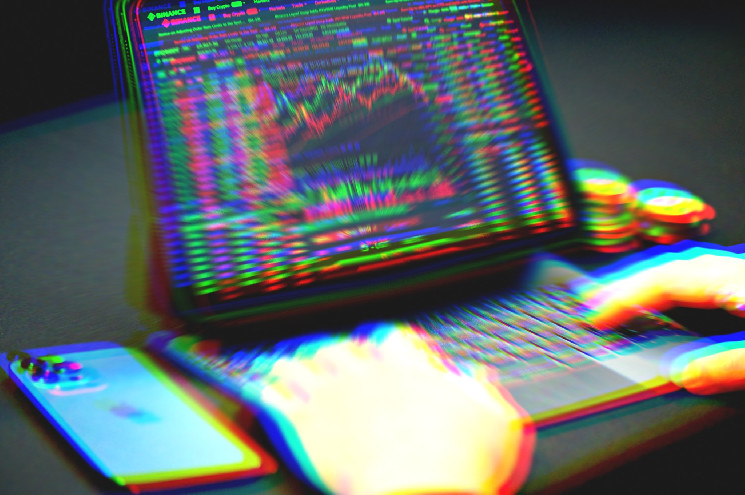 Think back to one year ago. Bitcoin traded at around $50,000, you couldn’t watch sports without seeing a crypto advertisement, and you could get rich – or at least it felt that way – by minting a non-fungible token (NFT) of your left nostril.

At the time, who could have predicted the collapse of Celsius Network and Voyager Digital? Or that Matt Damon would become a crypto punchline? Or that the space’s golden child, Sam Bankman-Fried, would turn from Anakin Skywalker to Darth Vader?

This article is part of CoinDesk’s Crypto 2023 series.

This is all preamble to say that there are no crystal balls. Predictions are often wrong. Trends can change on a dime. But then again, perhaps after the FTX-flavored gloom of the last two months, speculating on 2023 is exactly what we need to cleanse the palate.

“As we enter 2023, what happens with crypto funding in Q1 will be critical as to whether we stay in a sustained bear market,” suspects Jamie Burke, CEO and founder of Outlier Ventures. On the one hand, he notes that “the strength of the venture market has persisted, with billions of funding still pouring into the space and high levels of capital waiting to be deployed,” and that “we have seen a record number of applications in our most recent cohorts for 2022.”

Then again, Burke acknowledges that “the venture landscape is undeniably changing,” and that “fund managers going into 2023 are conserving capital” instead of the bull run’s strategy of “spray and pray.” He predicts that next year, many investors will “double down on existing, less risky investments from later-stage companies already showing growth.”

As to what that could mean for the space at large? Or how else crypto might twist and turn in 2023? We’ve rounded up predictions from smart people in the space – from the bullish to the skeptical.

See also: The Future of the Ethereum Virtual Machine (EVM) in 2023 | Opinion

The exact outcome is anyone’s guess, but 2023 could be the year where the clashes over regulation finally reach their climax. “There’s going to be harsh crypto regulation proposed and an epic battle by the community to fight the parts of it that threaten decentralization,” says Laura Shin, host of the “Unchained” podcast.

And for a less optimistic take…

“The contagion isn’t anywhere close to over,” says Cas Piancey, co-host of the “Crypto Critics’ Corner” podcast. Piancey says that “companies, banks and funds are desperately hoping the market moves past the FTX and Alameda collapse or strictly focuses on their malfeasance,” but whether people like it or not, “you can’t wish away a credit crunch and exposure to bad counterparties. We will see the closure of funds and the faltering of companies we didn’t expect – mostly simply due to the fact that the contagion is too vast and too difficult for us all to quantify.”

When I spoke with Alex Gladstein, chief strategy officer of Human Rights Foundation, he had just returned from a bitcoin conference in Ghana. “I was blown away,” says Gladstein. “I was staggered by the number of bitcoin entrepreneurs and leaders from so many different countries.” He met people from rural Cameroon, from Democratic Republic of the Congo, from Somalia, from conflict zones. “They’re all just building on bitcoin. It’s legitimately amazing,” he says, which is why he believes that “global adoption is probably the number one story for next year.”

5. Maybe a focus on life outside of crypto/bitcoin/blockchain.

When asked for his 2023 predictions, the bitcoin mega-bull Peter McCormack, host of “What Bitcoin Did” podcast, replied simply, “Real Bedford will win the league.” Obviously this is a cheeky joke (McCormack purchased the team in 2021), but this might contain the kernel of a deeper truth: For many in the space, during crypto winter, it’s useful – even healthy – to focus on other interests.

“Fashion will continue to lead the way when it comes to Web3 adoption,” says Cathy Hackl, chief metaverse officer at Journey. “We will see further collaborations between Web3 personalities and consumer and luxury brands that want to explore new commerce models and customer touchpoints.” Hackl’s bonus prediction: “With the rise of generative AI, we might see blockchain play a significant role in helping us to distinguish between content created by AI and content created by humans.”

“The sustained high-risk appetite in NFT-funding in 2022 is a strong indicator that it will be one of the first sectors to recover next year,” says Burke. “Throughout the past year, we were already beginning to see major NFT investments from major Web2 brands [Starbucks and Disney] and across Web3. … This shows no sign of stopping in 2023. Brands will continue to flock to NFTs.”

8. Gaming and DAOs continue to grow.

Burke is similarly bullish on gaming, as “prominent Web3 game titles that have been in development for quite some time including Big Time, Star Atlas, Ember Sword, will finally see the light of day in 2023, either as full-fledged games or more playable demos.”

As for decentralized autonomous organizations (DAO)? “Although it may seem that the current bear market has forced the industry to hit pause, the growth of new DAOs has accelerated exponentially, with each month in 2022 producing more new DAOs than 2021 witnessed altogether,” says Burke.

“Exchange stack gets disaggregated – we see custody, brokerage and exchange/price discovery get broken out into different players, just like in [traditional finance]. This makes it impossible for another FTX to happen,” says Haseeb Qureshi, managing partner at Dragonfly Capital.

Then Qureshi offers a parallel prediction: “When trust is low, incumbents consolidate. , , Uniswap will likely gain market share in aggregate, as people are less likely to trust smaller and weaker players. Network effects get stronger.”

“Read the room and assess the damage,” says Sandra Ro, CEO of the Global Blockchain Business Council, who then gives a bit of advice for the space at large: “Regroup with humility, rebuild with integrity, regain trust, rise again.”