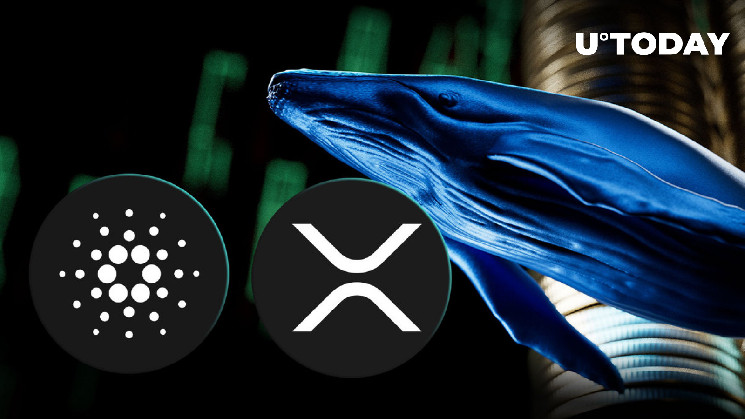 According to the crypto data tracker WhaleStats, Cardano () and (XRP) are back among the top 10 by trading volume among the 500 biggest BSC whales in the last 24 hours.

JUST IN: $YOOSHI @yooshi_official is back on top 10 by trading volume among 500 biggest #BSC whales in the last 24hrs 🐳

In the case of Cardano (ADA), addresses holding between 1 million and 100 million ADA have added back 217.2 million ADA to start 2023, on-chain analytics firm Santiment reports.

The same is observed for XRP, as over the past six months, the class of XRP holders that possess between 1 million and 10 million XRP have increased their holdings by 25%, resulting in a cumulative total of 4.09 billion XRP. This degree of accumulation is typical at market bottoms, Santiment said in a community post earlier in the week.

The year 2022 was difficult due to falling crypto prices. The MVRV 30-day for XRP, which evaluates traders’ profit or loss, demonstrates that short-term traders are currently suffering losses. As a result, they might be hesitant to sell their coins at a loss, which might boost the price of XRP.

The sentiment was fueled by fears that a positive payroll statistic would encourage the Federal Reserve to maintain higher interest rates for an extended period.

In its monthly nonfarm payrolls report, the Bureau of Labor Statistics stated that the United States created 223,000 new jobs in December. This was higher than economists’ expectations of 200,000 jobs, but it was lower than the revised 256,000 jobs in November. Unemployment likewise decreased by 3.5%.