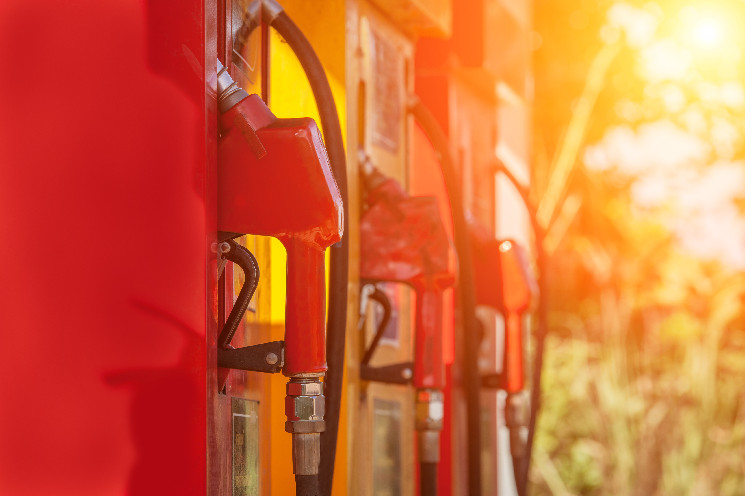 Token prices spike 73% in the first 30 days following their listing on crypto , an analysis by crypto investor Ren & Heinrich has found.

The report, which tracked 26 coins over 18 months, showed a 41% increase a day after a listing on the world’s largest crypto exchange by market volume and 24% gain on day three. Ren & Heinrich’s findings offer evidence of a “Binance effect” that benefits tokens at least for the short term and resembles a similar “Coinbase effect,” a term first conceived in 2021 to account for price bumps that occurred soon after listings on that popular exchange.

A study in April 2021 by the crypto-analysis firm Messari found that token listings on led to a 91% price pump in the first five days of trading.

The latest study by Ren & Heinrich suggests that Binance’s emergence as the dominant global crypto exchange might mean that its individual token listings are now getting a lot more attention – at least among speculators.

“In most cases, a Binance listing does have a positive impact on a cryptocurrency’s price,” Ren & Heinrich wrote.

Roberto Talamas, data science and analytics manager at crypto data firm Messari, said in general, the effect reflects an exchange’s “easy-to-use UX” that provides an easy gateway for crypto natives and non-crypto natives to purchase the token and “the amount of liquidity in the exchange.”

While among major exchanges only Coinbase listings had a statistically significant effect on price right after listing back in early 2021, “now that liquidity has concentrated more into Binance’s exchange, it’s possible their asset listing will have a higher effect on price,” Talamas told CoinDesk in an email.

Ren & Heinrich found that the average maximum price in the 30 days after the token listing was 73% higher than on the day of the first Binance listing. 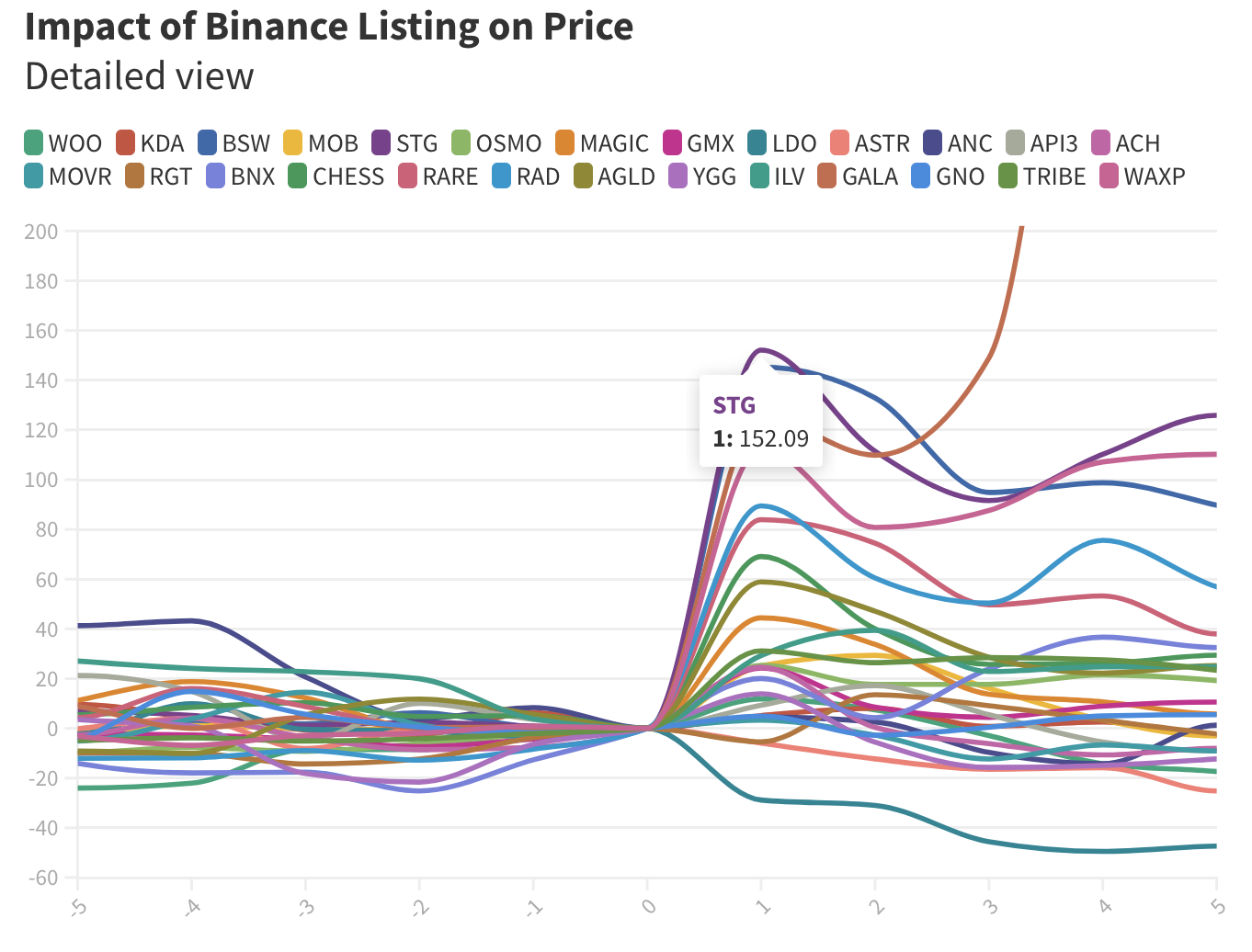 Analytical chart shows that most coins experienced a significant price increase in the days after the listing took place on Binance. (Ren & Heinrich)

​Cross-chain bridge protocol Stargate Finance, for instance, saw its native token STG’s price surge 152% – from roughly 33 cents to over 80 cents – on the first day of its listing on Aug. 19, 2022, according to CoinGecko data.

Despite the immediate price jump, Ren & Heinrich said the positive momentum is «relatively short-lived.» After about two weeks, almost half of all analyzed cryptocurrencies had lost their gains. The analysis also noted that coins listed in the last bull market performed better than coins listed during the ongoing bear market.

Messari’s Talamas attributed the Binance bump to the same easier “accessibility” for retail investors that drove the “Coinbase effect.”

“There is an argument to be made that if Binance manages to capture the users and funds from other centralized exchanges, and their liquidity and users increase, the bigger the effect becomes on prices from new listings,” according to Talamas.

Grzegorz Drozdz, market analyst at financial services firm Conotoxia, estimated that in 2022 the price of around two-thirds of all newly launched tokens rose on Binance. The price of Optimism (OP), for example, skyrocketed by more than 300% shortly after its debut on Binance.

“It seems that we could expect a greater upward reaction after the Binance listing in 2023, confirming the transition from the ‘Coinbase effect’ to the ‘Binance effect,’” he added.