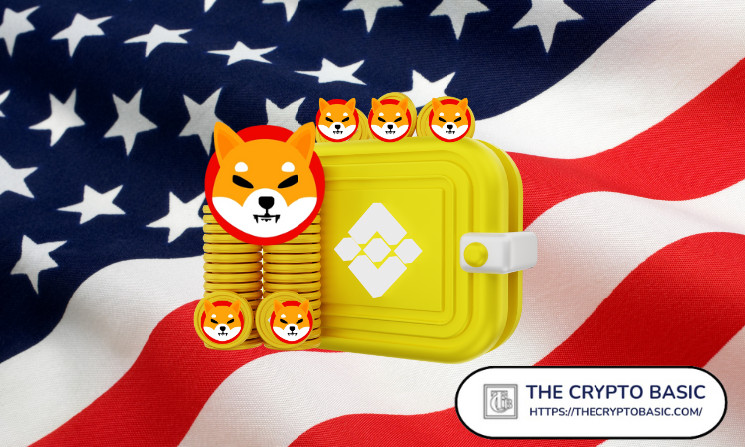 The United States arm of the world’s largest cryptocurrency , Binance U.S., will increase its Shiba Inu (SHIB) position by tens of millions of dollars after it acquires bankrupt crypto broker Voyager Digital.

Per data shared by Nansen, a leading cryptocurrency analytics portal, the bankrupt cryptocurrency broker has $76 million worth of SHIB tokens in its wallets.

According to Nansen, Voyager Digital’s total assets are worth $579 million. Shiba Inu accounts for 13.1% of Voyager’s $579M assets. The leading canine-themed cryptocurrency is ranked as Voyager’s third-largest crypto asset by dollar value. The data further shows that Ethereum () is Voyager’s largest asset by dollar value, with a value worth $255 million. The second-largest asset is USDC, worth $81.7 million.

As Binance US wins the bid to acquire Voyager assets, let’s take a look at some of Voyager’s current crypto holdings, from addresses we have labeled:

Earlier this week, Binance U.S. won the bid to effectively bail out Voyager and subsequently purchase the bankrupt cryptocurrency broker’s assets for over $1 billion. It bears mentioning that the auction to purchase Voyager’s assets was previously won by embattled cryptocurrency exchange FTX shortly before its collapse. FTX became the winner of the auction after the infamous exchange made a bid of $1.4 billion earlier this year.

However, the deal ended in futility after FTX encountered liquidity issues, which prompted the exchange to file for bankruptcy. Following the fall of FTX, Binance CEO and founder Changpeng Zhao announced that Binance U.S. would make a bid for Voyager’s assets.

Voyager noted in a press release on December 19 that Binance U.S. made the highest and best bid for its assets in a deal worth $1.022 billion.

“The Binance.US bid, which sets a clear path forward for Voyager customer funds to be unlocked as soon as possible, is valued at approximately $1.022 billion and is comprised of (i) the fair market value of Voyager’s cryptocurrency portfolio at a to-be-determined date in the future, which at current market prices is estimated to be $1.002 billion, plus (ii) additional consideration equal to $20 million of incremental value,” Voyager said in a statement.