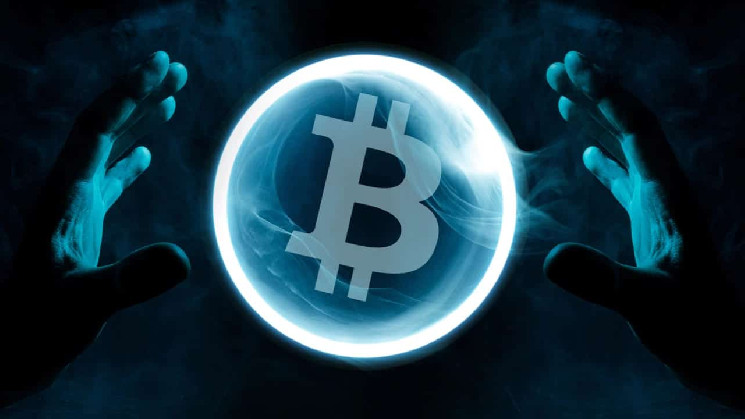 Since the beginning of the new year, the price of Bitcoin (BTC) has witnessed some short-term gains, however, the market value of the flagship cryptocurrency continues to languish below important support levels. The BTC price has battled to remain above $17,000 for a number of weeks now, but hasn’t been able to break the resistance and recently fell below the $ 16,900 mark for the first time in almost two months.

The struggle doesn’t end here as Bitcoin may still be able to reach much lower prices in the future. Data from CryptoQuant, suggests that the price hasn’t bottomed out yet as many were expecting. During positive crypto market cycles, the price usually remains higher than the realized price. On the other hand, as a bear market is nearing its final capitulation phase, the price falls below the realized price, causing widespread panic.

Realized Price is the measure of the average price weighted by the supply of what the entire market participants paid for their coins. It can be interpreted as an on-chain support or resistance price and is calculated as realized cap divided by the total coin supply. 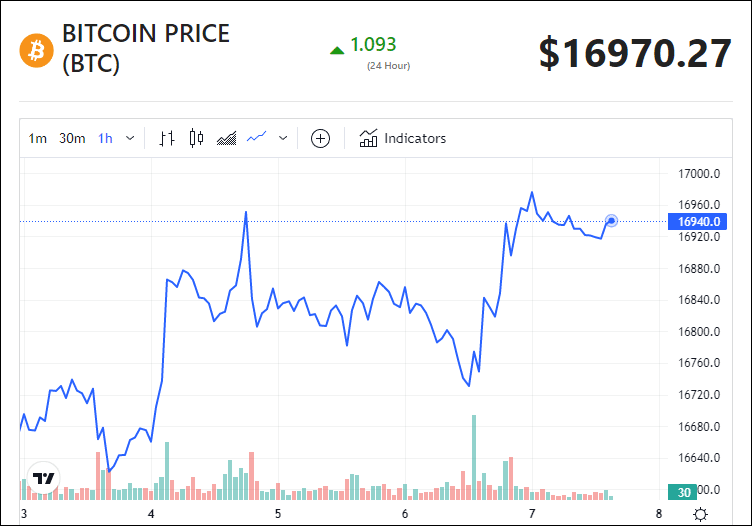 Furthermore, during this period, market players are under a great deal of stress, and as a result, they sell off their assets in order to prevent more losses and control their exposure to further crypto market changes. Now, looking at previous cycles, the beginning of a bull market can be predicted by the BTC price outdoing the realized price. However, this has not yet occurred, as the price has been unable to break above a certain price point and recently got rejected to the downside with significant bearish momentum. 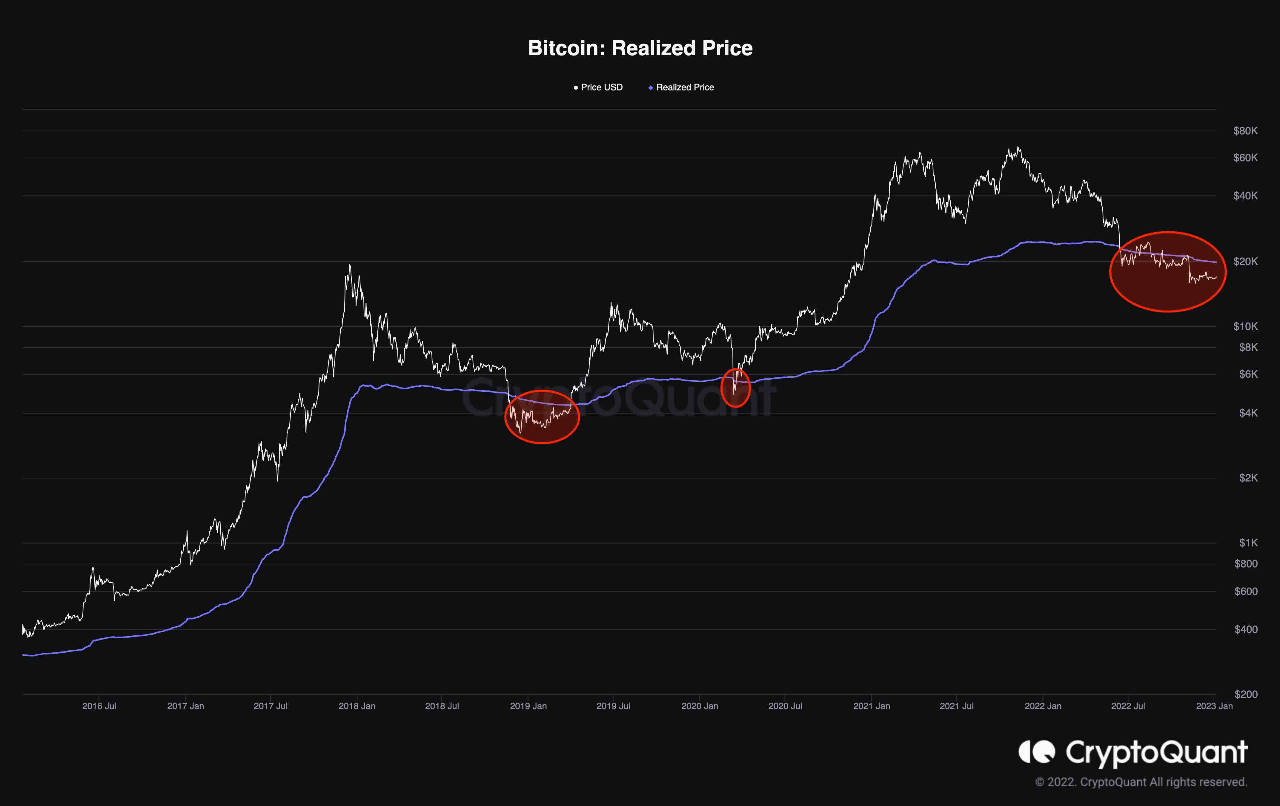 As a result, there is still room for Bitcoin to fall, and the end of the current bear market won’t be expected until the price surpasses the realized price, which is presently at $19.7K. Until then, the negative trend is expected to continue.

As things stand, the Bitcoin (BTC) price is currently being traded at $16,970. This represents an increase of 0.82% on the day, in contrast to a gain of 2.07% during the week as per the crypto market tracker CoinMarketCap.

Also Read: Solana’s BONK Crashes By Nearly 40%; Is The Bull Run Finally Over?