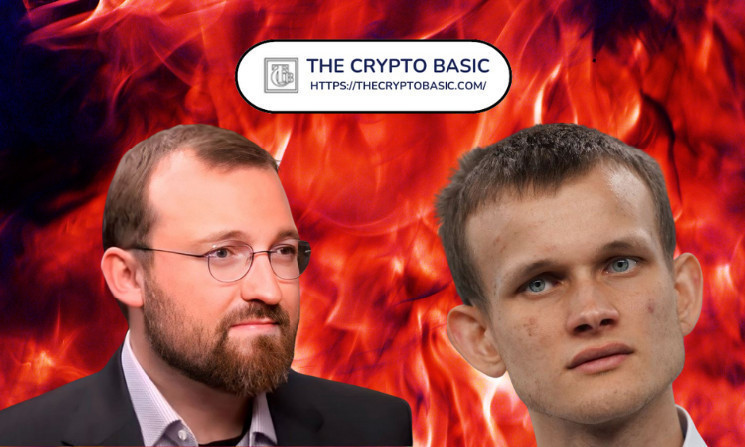 The feud between Hoskinson and Buterin continues.

Cardano founder Charles Hoskinson threw a perceived subliminal jab at fellow Ethereum co-founder Vitalik Buterin in a tweet yesterday after the latter offered his view on the search for a new Twitter boss.

Buterin Urges Elon Musk Not To Rush The Decision

Buterin has urged Elon Musk not to rush the decision to appoint a replacement. According to the Ethereum co-founder, a hasty decision could have dire consequences, something the Ethereum founder claims to know from personal experience.

I should mention that it’s good not to rush the decision too much. Overly hasty executive searches can lead to ruinous results; I know this from painful personal experience.

That said, the vox populi wants a new CEO, and that wish definitely needs to be respected!

The view comes as Musk has expressed the desire to step down as Twitter CEO once he finds “someone foolish enough to take the job.”

The billionaire on Sunday launched a poll to find out if users wanted him to step down on the back of criticism of recent unilateral policy changes on the micro-blogging platform. At the end of the poll, which received over 17.5 million votes, 57% voted for the Twitter chief to step down.

In response to Buterin, Hoskinson expressed that he shared the same view in a perceived subliminal jab at his fellow Ethereum co-founder.

While the context is not immediately apparent, there are two conceivable angles. For one, both crypto founders have, in the past, championed two different approaches to solving problems.

While Buterin, per statements in a Lex Friedman podcast in June last year, said he preferred a more practical albeit imperfect solution to achieve more at a faster rate, Hoskinson, in reply, champions the detailed research process citing the risks in the crypto industry.

Consequently, Hoskinson may be pointing out the irony in Buterin championing a slow and thoughtful approach, the same approach that Cardano has received flak for from the de facto Ethereum leader.

For more context, it bears mentioning that Hoskinson served a small stint as Ethereum’s CEO in the early days. However, he left (or was ousted, depending on who you quote) over disagreements on the direction of the network. Since he left the project, Buterin has served as the de facto leader.

Per recent criticisms, Hoskinson likely believes that the tragic consequences he described in response to the Lex Friedman podcast are already at play at Ethereum. Hoskinson recently compared Ethereum to The Shining and Hotel California.