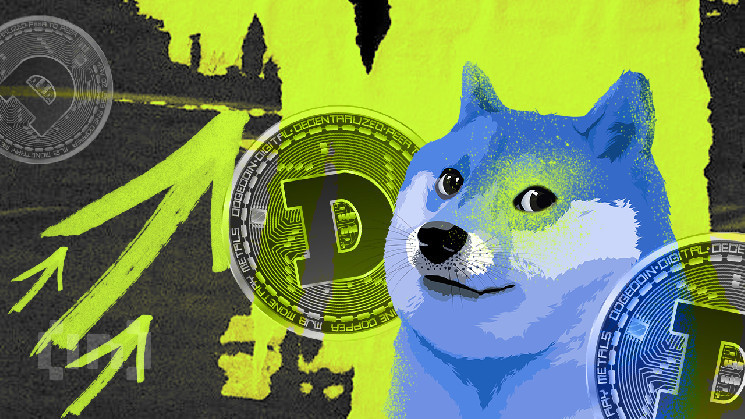 Dogecoin may have been spawned as a joke, but the crypto asset has remarkable resilience. prices are currently trending lower, but there could be a turnaround soon.

Dogecoin is one of the stalwarts of the crypto markets. It has been around since 2013 and continues to be a favorite among crypto aficionados.

A testament to that longevity lies in its position in the crypto top ten by market capitalization. Dogecoin climbed to a top-ten-ranked crypto one year after it was spawned.

According to CoinMarketCap, DOGE was ranked sixth in the market cap charts this time 8 years ago. Back then, it had a total cap of almost $19 million, today, it is closer to $12 billion.

Additionally, all but two of the coins (excluding DOGE) that were in the top ten in 2014 remain there today. These are Bitcoin (BTC) and Ripple ().

The rest have either collapsed or fallen into obscurity. They include BitShares (BTS), MaidSafeCoin (MAID), NXT, Peercoin (PPC), and Counterparty (XCP).

Dogecoin’s on-chain activity is going through a bit of a quiet period. The daily average transaction count on the network is around 21,750, according to IntoTheBlock. Nevertheless, this is still pretty similar to what it was this time last year, showing consistent network usage.

Furthermore, total addresses with a balance are currently 4.17 million. They have dropped 8.3% from the all-time high of 4.55 million in February.

Daily transaction volume is currently 12 billion DOGE, which is down slightly from the seven-day average of 15 billion.

DOGE prices have lost 2% on the day as markets see red this Friday. As a result, the meme coin dropped to $0.085 at the time of press.

DOGE has been trending lower over the past two weeks, losing almost 16% in that period. 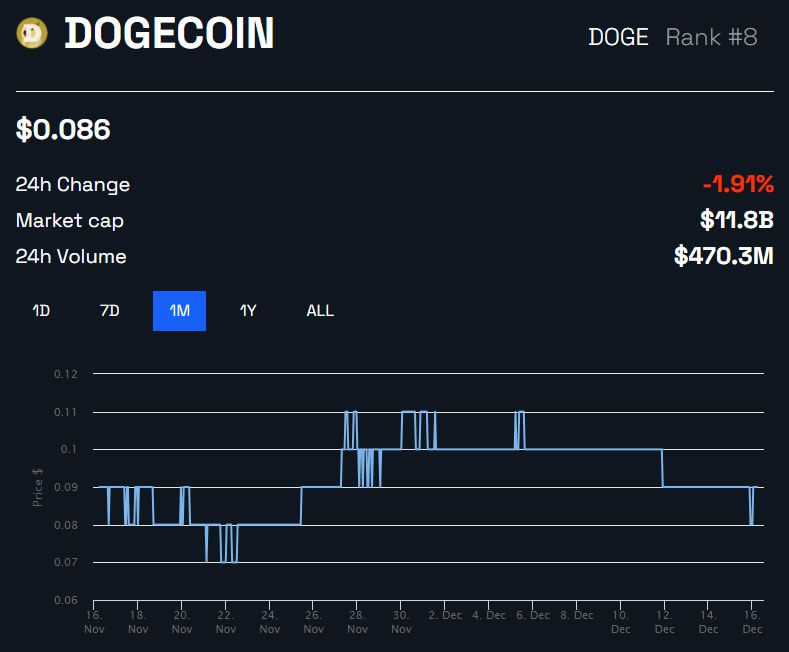 The Shiba Inu-inspired coin is currently down 88.2% from its May 2021 all-time high of $0.731. The Dogecoin Twittersphere is all hoping that Elon Musk will enable DOGE payments on his newly acquired social media network.

However, this is unlikely in the near term, given the current state of the crypto ecosystem and the regulatory wrath that has followed.