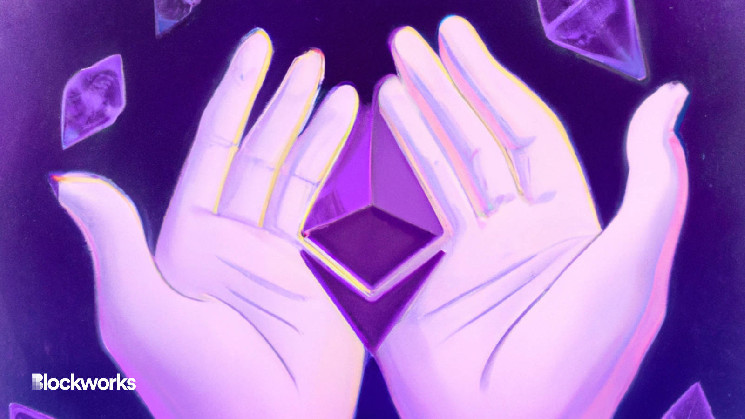 Ethereum developers reached consensus on a Thursday developer call for stakeholders on the Ethereum execution layer — the software that executes smart contracts — reaffirming a March target for the Shanghai hard fork.

In December, developers agreed that enabling the withdrawal of staked ether from validators is the highest priority for the first quarter of 2023, but they hoped to incorporate something else into the upgrade too.

That’s now off the table.

The decision on the Jan. 5 call was to postpone a previously agreed additional feature set, dubbed EOF, and it’s unlikely it will be replaced with any other new features on this go-round.

EOF is the shorthand for a set of Ethereum-Improvement-Proposals (EIPs) introducing a new contract format for the widely-used Ethereum Virtual Machine (EVM), which underpins dapps and smart contracts based on the Solidity programming language, alongside associated features.

When deciding what could possibly be included by the March target, EOF won out over a hotly anticipated upgrade, known technically as EIP-4844 and colloquially as Proto-Danksharding.

No, that’s not the action of some sort of magical melee weapon from the Marvel cinematic universe — it’s actually just a conjunction of two of the upgrade’s namesakes: Protolamda and Dankrad Feist.

Most of the discussion in December, which was divisive at times (but completely civil), centered around how long it would take to prepare Proto-Danksharding.

Most developers were wary of delaying Shanghai — and the eagerly awaited withdrawal feature — although Péter Szilágyi, team lead at the Ethereum Foundation, was more sanguine about letting the target slip, arguing that “scaling Ethereum is significantly more important than withdrawals.”

“Withdrawals brings absolutely nothing to make Ethereum better,” Szilágyi said, “Whereas with 4844 you actually have the capacity to make it better.”

Proto-Danksharding would introduce a concept of data “blobs,” which, unlike other Ethereum data, only sticks around for about two weeks rather than becoming permanently etched in the blockchain. It’s specifically geared to improving layer-2 roll-ups, and would bring transaction fees down by orders of magnitude, according to proponents of the upgrade.

But others on the call worried that coupling 4844 with withdrawals would delay Shanghai by months, and opted to postpone it in favor of EOF, which was seen as more manageable.

Getting philosophical about EOF

Thursday’s call could be seen as a poll for ‘go / no-go’ on EOF — to borrow a phrase from NASA.

Ultimately, it was a lengthy digression from Ethereum co-founder Vitalik Buterin that tipped the scales in favor of ‘no-go.’

After the December call, Buterin published thoughts on the EOF upgrade to the Ethereum-Magicians.org forum, proposing to ban so-called “code introspection.”

In the context of the EVM, “introspection” refers to the ability of running code to inspect or examine other code that is also running on the EVM. This can be used to build more complex contracts that depend on the properties or behavior of other contracts.

Ideally, we’d like to make the EVM cleaner/simpler but this is hard if we can only ever add to it and never remove things. One of the biggest challenges to remove things is code introspection within the EVM.

Buterin’s suggestion would add to the development time of EOF, but would make it easier to upgrade the EVM in the future.

“In the EVM, it’s much harder to remove things than it is to remove other features,” Buterin told his fellow developers on the call. “If we’re going to make a new EVM version, that new EVM version should be designed with the idea in mind of being very forward compatible to all kinds of upgrades that we want to do in the future,” he said.

Marius van der Wijden of the Go Ethereum team agreed with Buterin. “I feel pressured to make a decision on EOF now, and I don’t think that’s good,” he said.

No one strongly advocated for EOF being included in Shanghai, and so it was dropped. Ethereum Foundation researcher Ansgar Dietrichs tentatively proposed that EOF could be bundled with 4844, aiming for a hard fork to take place over the summer, 3 to 4 months after Shanghai.

With EOF out of the picture, developers briefly considered adding something else back in, such as a smaller EIP-1153, favored by the Uniswap team, which is “very well tested and implemented everywhere,” according to Uniswap developer Moody Salem.

So, EOF was removed from Shanghai. Teams agreed that keeping momentum on this was very important, and that we should be able to couple some version of EOF with 4844 in Cancun. That said, we didn’t make an official decision about Cancun on the call. We’ll discuss that next time!

But, ultimately, the call concluded with the view that Shanghai would be about withdrawals, and no other major features.

Perhaps that will finally quiet the critics and dispel some of the Ethereum FUD. It could also decrease the perceived risks associated with staking ether, which currently has a low stake rate relative to other proof-of-stake blockchains, at around 13%, Blockworks Research has found.

“This situation of having your ETH locked up for an unspecified period of time created a tremendous amount of uncertainty for investors, especially those of the institutional variety, because it just wasn’t clear when that unlock period would end,” Ziolkowski said. Around $20 billion in ether is currently staked.

Enabling withdrawals could increase the confidence that users and investors have in the Ethereum network as a whole, he added. ”Indeed, this will be a win-win for the entire digital asset industry.”