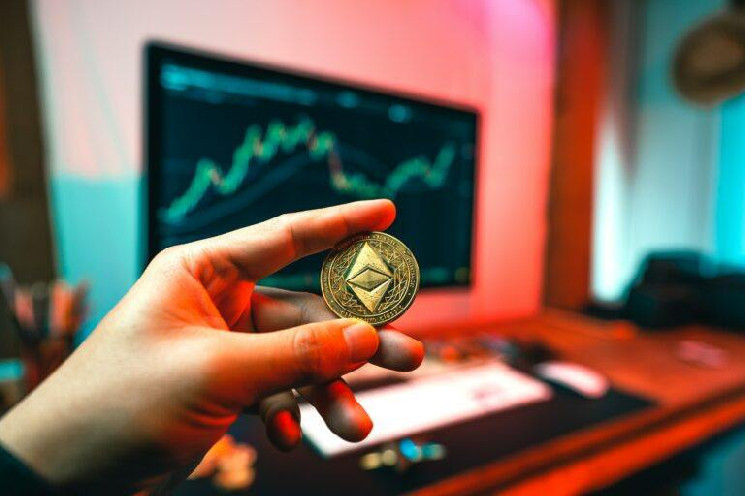 Whale transactions on the Ethereum ($ETH) network have recently surged to surpass 410 transactions surpassing $1 million earlier this week after dip-buying activity came near a bottom seen on December 16.

According to on-chain analytics firm Santiment, Ethereum’s whale transactions “have shown nice momentum” after prices surged earlier this week, with the cryptocurrency going from under $1,200 per token to around $1,250 at the time of writing.

Per Santiment, Ethereum whale transactions are defined as transactions with a value between $100,000 and $1 million. It’s worth noting, however, that the activity of large Ethereum holders should be viewed with caution, as while an increase in whale transactions can be a sign of confidence, it’s also possible that these investors are simply looking to take advantage of short-term price movements.

🐳 #Ethereum’s large whale transactions have shown nice momentum as prices surged yesterday. Today, it looks like they are on another high pace for an impressive daily amount of $1M+ transactions. Some signals of increased $ETH whale interest are brewing. https://t.co/pukeYkANqb pic.twitter.com/b6lxeYU9Rr

Late last year, a Bloomberg Intelligence report suggested that Ethereum may outperform the flagship cryptocurrency Bitcoin ($BTC) over the next few months. The report cited Ethereum’s advancements compared to $BTC and the fact that it has not been affected by deflation that affected most other risk assets.

The report also noted that Ethereum’s annual volatility is about 1.3 times that of Bitcoin, meaning it may be more prone to price fluctuations. Despite this, the report’s authors believe that Ethereum is likely to resume its trend of outperforming Bitcoin once the dust settles from the recent downturn in risk assets.

Recently, Ethereum Ethereum co-founder Vitalik Buterin has identified five key application categories that excite him about Ethereum’s ecosystem: money, decentralized finance (DeFi), identity systems, decentralized autonomous organizations (DAOs) and hybrid applications. In a blog post, Buterin discussed the progress being made in each of these areas and the potential they hold for the future.

In the money category, he highlighted the development of stablecoins and scaling technology, while in DeFi he pointed to the potential for stability after a period of overcapitalization. Identity systems, such as Sign In With Ethereum and the Ethereum Name Service, offer users the ability to prove their identity and access services, while DAOs offer decentralized governance structures. Hybrid applications, which combine blockchain and other systems, offer improved trust models, particularly in voting systems.