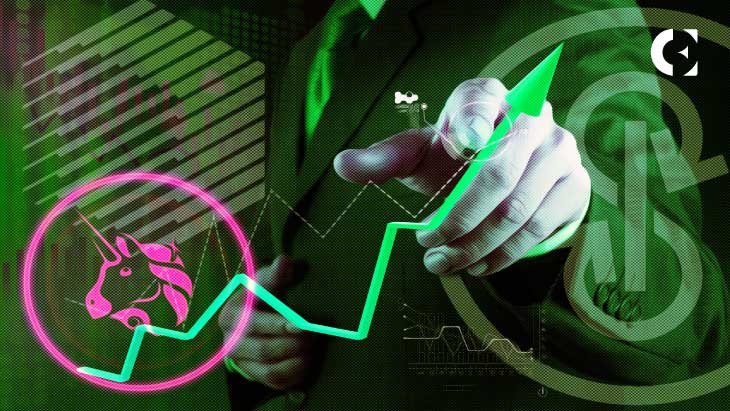 A tweet by the blockchain intelligence firm, Santiment in the past day shows that several altcoins have seen “big upticks in address activity and dormant wallets awakening to move their funds.” The tweet read: “Others [altcoins] are staying stuck in the mud and are more likely to fall behind.”

Santiment focused on three altcoins in its latest report such as Uniswap (UNI), Ren (REN), and yearn.finance (YFI).

One example of an altcoin that has seen its network activity increase quite impressively after a consolidation period is YFI, according to the blockchain intelligence firm.

Meanwhile, the report showed that network activity for REN did not pick up as much as YFI because of the project’s “complicated financial situation.”

Lastly, UNI experienced strong growth before when the project announced its NFT marketplace. Network activity for UNI has continued to grow, even compared with the NFT-related pump, according to the report.

At press time, YFI is trading at $6,257.01 following a 2.63% drop in price over the last 24 hours. This is according to the crypto market tracking website, CoinMarketCap. The altcoin’s price has also weakened against Bitcoin (BTC) and Ethereum () by 0.80% and 0.98%, respectively.

REN on the other hand, is up 2.88% over the last 24 hours. In addition to strengthening against the U.S. dollar, REN’s price has become resilient against BTC and ETH by 4.80% and 4.61%, respectively.

Disclaimer: The views and opinions, as well as all the information shared in this price analysis, are published in good faith. Readers must do their own research and due diligence. Any action taken by the reader is strictly at their own risk. Coin Edition and its affiliates will not be held liable for any direct or indirect damage or loss.