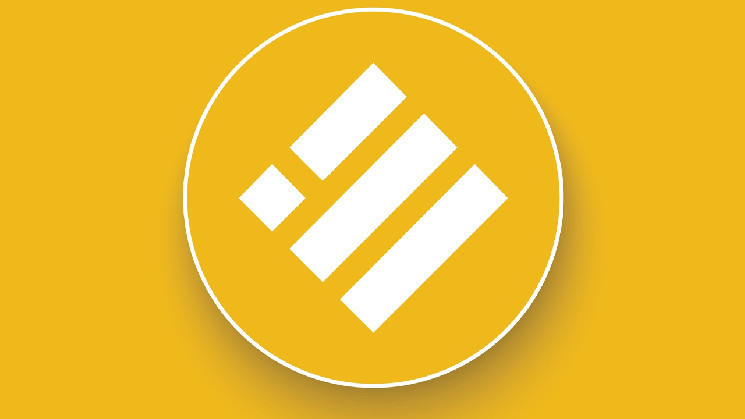 While billions of dollars in crypto assets have been withdrawn from , the world’s largest in terms of volume, the stablecoin BUSD has seen its coins in circulation drop considerably during the last three days. While 20% of BUSD’s supply was drained since last month, statistics show that 14.77% of the reduction took place on Dec. 13.

Amid the speculation surrounding Binance and the large number of withdrawals (over $3B) that took place on Dec. 13, 2022, the stablecoin BUSD has seen its supply reduced by 14.77% in a matter of three days. Over the course of the last month, stats show BUSD had 23 billion tokens in circulation, and today it is 20% lower at 18.58 billion BUSD coins.

The news follows Bitcoin.com News reporting on the Binance-associated and Paxos-backed stablecoin climbing 22% higher in two months on Oct. 22, 2022. It should be noted that while BUSD shares its logo and name with the crypto exchange Binance, the stablecoin is managed by Paxos. 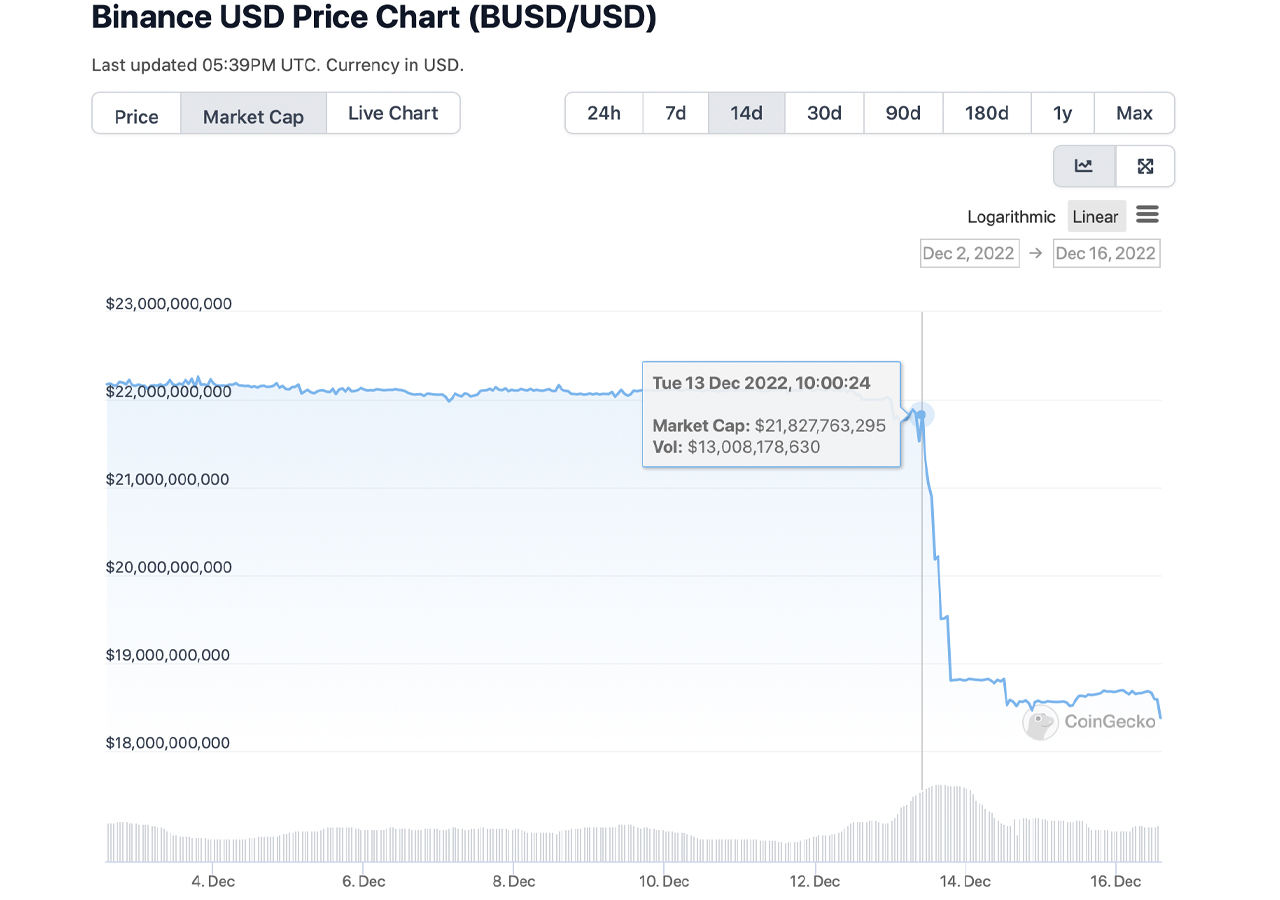 BUSD recorded a significant supply reduction during the last three days or since Dec. 13, 2022.

30-day stats show BUSD saw the largest monthly decline out of all of the top ten stablecoins by market cap, except for Gemini’s stablecoin GUSD. Gemini too has been dealing with turbulent markets and recent reports that the exchange suffered a user data leak. Furthermore, a report notes that Genesis Global Capital allegedly owes Gemini $900 million.

GUSD’s coins in circulation have dropped 25% lower during the last 30 days, which is 5% more than the reduction recorded by BUSD last month. GUSD’s reduction was not as drastic as BUSD’s as GUSD’s dollar-pegged tokens in circulation started to decline on Nov. 16, 2022. BUSD has seen $6.61 billion in 24-hour global trade volume and cryptocompare.com metrics show a great deal of BUSD pairs are swapped with tether (USDT) today.

Binance is BUSD’s most active exchange on Dec. 16, 2022, and on Pancakeswap $2,896,034 in BUSD’s trades with tether have been recorded during the past 24 hours. At press time, out of the $851 billion crypto economy, BUSD’s market capitalization dominates by 2.184% on Friday.

Out of the $140 billion stablecoin economy, BUSD is still the third largest dollar-pegged coin, equating to 13.271% of the entire stablecoin economy’s valuation. In addition to the BUSD coins in circulation statistics taken from coingecko.com, archived etherscan.io records indicate that BUSD’s supply has shrunk by 20% as well during the last 30 days.