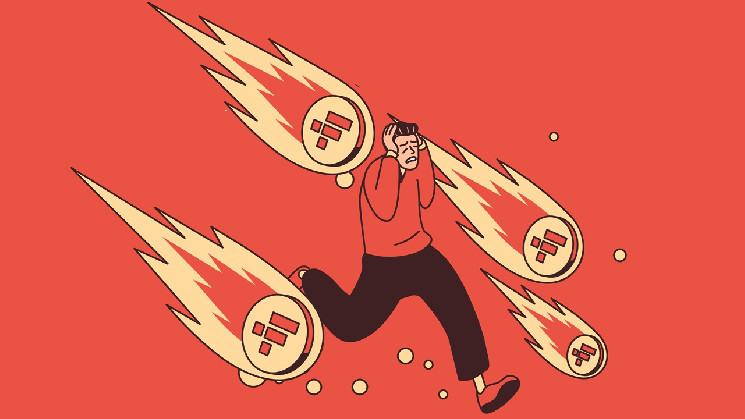 Roughly 29 days ago FTX filed for bankruptcy, and the crypto ecosystem has been dealing with a rollercoaster ride of market fluctuations and community drama ever since then. Moreover, the now-bankrupt crypto trading platform’s token FTT is still trading above $1 per unit, and it managed to climb 23.4% higher against the U.S. dollar during the past seven days.

For some odd reason, the digital asset ftx token (FTT) is still holding value and on Dec. 10, 2022, it’s been trading for prices between $1.58 to $1.82 over the last 24 hours. FTT is an exchange token associated with FTX from the very beginning, and it was launched more than three years ago in 2019.

In fact, this week FTT’s price has increased 23.4% against the U.S. dollar and during the last two weeks, the price climbed 17.5% higher. It’s uncertain why FTT has risen more than 20% this week, but it might be because there’s been talk of issuing a new FTT token. 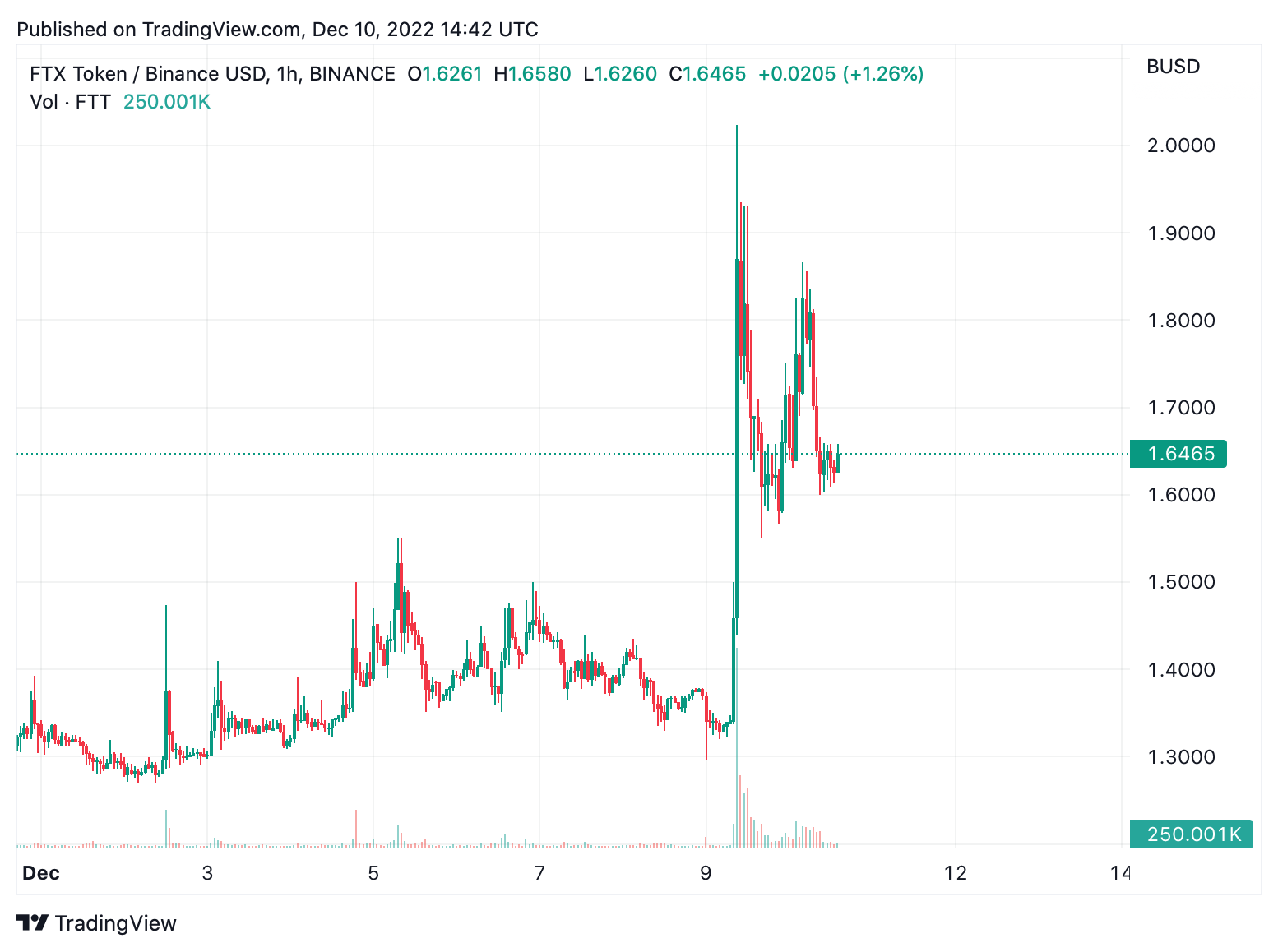 On Dec. 9, the crypto proponent Ran Neuner tweeted about the issuance of a new FTT token. “Fire up the FTX exchange,” Neuner said on Twitter. “Issue a new FTT token. Distribute the token to creditors/depositors. Accrue 100% of profits to token holders. It will be the biggest exchange in the world and users will be made more than whole,” Neuner added.

I continue to think that this would be a productive path for parties to explore — I *hope* that the teams in place will do so.

A great number of people made fun of the idea and mocked both Neuner and SBF in the Twitter thread. Bitcoiner Layah Heilpern responded and said: “But then the cycle repeats and we’re back at square one…” Another user replied to Heilpern in the thread and remarked: “Exactly, how absurd is this.”

Despite the criticism, Neuner doubled down on the idea. “If [Binance CEO Changpeng Zhao] and or [Bybit CEO Ben Zhou] are willing to back me and guide me, I’m happy to champion this.” Neuner continued:

Nothing would make me happier than making everyone whole again. And I really think it’s possible.

FTT’s Tokenomics Scheme Was Broken Well Before FTX Collapsed and It’s Even Worse Today, LUNA 2.0 Reimbursement Was a Disaster

It’s quite possible this discussion affected the current price of FTT, as charts show the token saw an enormous pump on Dec. 9, 2022, the same day as Neuner’s and SBF’s tweets about a new FTT token. On that day, FTT was swapping for $1.58 per unit and it climbed 13.29% higher to $1.79 per unit by the end of the day.

Oftentimes with discussions tied to creating a new token that’s based on an existing coin, it causes people to purchase the token in hopes they will get a forked 1:1 airdrop. However, if there was a forked coin based on the current snapshot of FTT, one single address would be eligible for 59.55% of the entire supply.

Another address, the infamous FTX Accounts Drainer, would be eligible for 13.94% of the supply. SBF wouldn’t be able to airdrop new FTT tokens to holders without airdropping close to 60% of the supply to Alameda Research and close to 14% of the supply to an unknown hacker, that is possibly associated with the business.

There would have to be some sort of magical method to repay FTX creditors and depositors, and a new token would arguably be a really messy design from the get-go. Presently, FTT is extremely illiquid, and specific exchanges have blocked FTT deposits because of the hacker and because the token’s locked supply was unlocked by an unknown entity.

This means the entire supply of FTT is circulating in the wild and a small handful of entities could singlehandedly crush the market. Out of the thousands of crypto tokens today, FTT’s market cap is not listed on sites like coingecko.com, in terms of overall market cap ranking, due to the locked coins in circulation factor.

Further, the troubled Terra blockchain community and the project’s leader, Do Kwon, attempted to make users whole again after that blockchain ecosystem collapsed, with the LUNA 2.0 fork. The LUNA fork barely scratched the surface in terms of making LUNA and UST users whole again, and the distribution of new LUNA tokens was a messy process that led to mistakes. For example, some Terra users did not get what they were supposed to receive when the Phoenix airdrop took place.

Terra developers had to reimburse these users with another airdrop. Furthermore, developers allocated a lot of users’ airdropped funds into vesting periods and airdropped recipients have found their new LUNA tokens are locked for a few years.