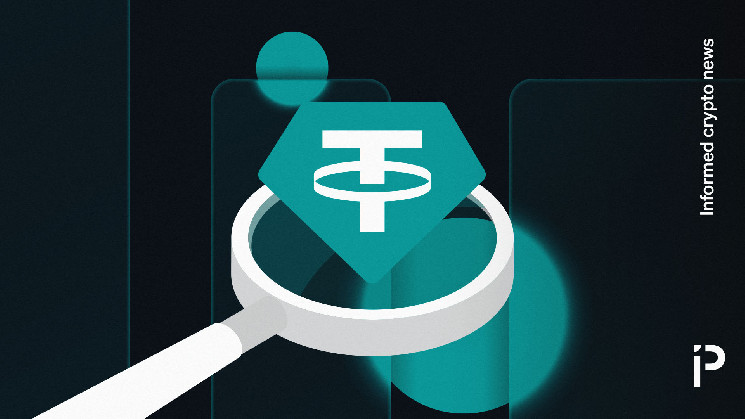 Accurately accounting for Tether’s reserves is a challenge, even (or perhaps especially) for Tether itself. Twitter user Jay Pinho recently published a website that attempts to track the value of the assets backing Tether to gain some insight into their solvency. It also allows you to tweak the composition to see how that affects the performance.

However, due to Tether’s commitment to remaining as opaque as possible, accurately making this assessment can really only be done by someone with full access to its books.

As of its last assurance, Tether’s reserves are split between four self-described categories:

In order to understand how Tether values these assets, we need to turn to statements in its most recent Consolidates Reserves Report. Broadly, it values the first category which includes ‘cash and cash equivalents’ at their notional value. Pinho’s website values US treasury bills at their market price, contributing to some of the perceived insolvency of Tether.

Tether transparency: A lesson in lying

Tether, on the other hand, seems to value these assets at their notional value, considering them short-term debt. However, even this category remains somewhat murky, due to including ‘reverse repurchase agreements’ which Bloomberg previously was unable to find an explanation for.

Other assets in Tether’s reserves are even harder to accurately price from the outside. For example, Tether appears to value secured loans at amortized cost, since it believes the assets collateralizing them are sufficiently liquid and valuable. Pinho, however, settles on using an index of corporate bonds to try to assess this category.

Tether has announced its intention to eliminate secured loans from its reserves and we have no insight into what corporate bonds, funds, and precious metals it owns. The company’s ‘other investments’ category allows even less insight, though it likely still contains bitcoin. It’s also unclear if it contains Tether’s venture capital portfolio.

Among the challenges in accurately assessing Tether is that its own statements seem untethered from reality. Tether claims that it updates its transparency page every day, but the amount of quarantined tethers listed for Omni chain has been wrong for years, undercounting the total amount of frozen tethers.

As Pinho accurately points out, Tether maintains a small cushion of assets over liabilities, and it’s remarkably stable — except on days when new assurances are released and it will change suddenly. This is hard to understand when Tether claims to update the page every day.

Tether’s own accounting notes suggest that it values many of these credit-based assets at an amount “less than any expected credit losses.” However, Tether’s assurances since March 31, 2022 state that the firm uses a ‘going concern basis of accounting.’ This is highlighted as requiring “significant management judgement with regards to the Group’s liquidity market and credit risks.”

Presumably, Tether feels that if any of those challenges come to pass, the approximately $250 million in shareholder capital cushion will be adequate to manage it. However, that’s a tiny percentage of its total $66 billion in assets.

Until Tether is willing to provide greater clarity about the composition of its reserves, it’s nearly impossible to accurately assess the firm’s solvency.

Protos has reached out to Tether with questions about its reserves and will update if we hear back.