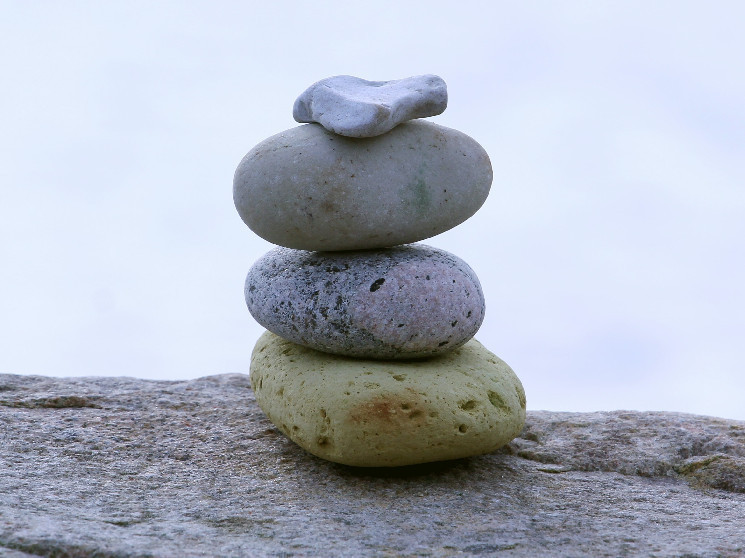 In December, the United Nations announced a plan to start sending aid to Ukrainians displaced by the ongoing war with Russia using a stablecoin. Beginning in the cities of Kyiv, Lviv and Vinnytsia, the Office of U.N. High Commissioner for Refugees (UNHCR) would send direct payments of USDC, the second-largest stablecoin by market cap, to people to pay for things like rent, food and heat.

“Speed is of the essence in humanitarian action,” Karolina Lindholm Billing, the UNHCR representative to Ukraine, said in a statement announcing the move. “It’s also essential to provide people with a range of options for receiving aid, as one size does not fit all.” The plan requires people to download a smartphone-based wallet, called Vibrant, and redeem the payments sent via the Stellar blockchain for euros, dollars or Ukrainian hryvnias at one of 4,500 MoneyGram locations.

You’re reading Money Reimagined, a weekly look at the technological, economic and social events and trends that are redefining our relationship with money and transforming the global financial system. Subscribe to get the full newsletter here.

The move is being heralded by many as a way to leverage technological advancements to benefit those truly in need. Ukraine’s deputy minister of digital transformation, Oleksandr Bornyakov, who has been supportive of several crypto-based humanitarian initiatives, said the project “will serve as a possible lifeline for survival.”

It follows nearly six months of smaller-scale experimentation co-run with the Stellar Development Foundation. Crypto, the foundation said, is a way to bolster humanitarian aid projects typically limited by geographical constraints. But it also comes at a time when blockchain technology – particularly stablecoins – is being reevaluated amid months of collapsing prices and consumer carnage.

To some extent, the crypto industry has been lucky that its year-long contagion event spurred by bad debt and self-dealing did not spread out into the wider economy. Billions in dollars of capital have been liquidated, but by and large the effects have been borne by internal players.

Stablecoins, by their very nature, are attempts at linking the wider crypto economy to the real world. And it’s partially this relationship that is driving fears around the stability of the asset class. Stablecoins are already being used for myriad economic activities, and could likely find adoption anywhere dollar bills are spent.

In a series of recent papers, economists have looked at stablecoins’ external connections to the banking and other commercial sectors and have found things to worry about. Yet, many also note the advantages stablecoins can play in an increasingly digital world. The pace of adoption and experimentation is only likely to continue – raising the question of how exactly stablecoins should be regulated, governed and integrated.

Crypto often sets the goal of “mass adoption,” becoming the basic infrastructure for economic and other activities. This, to me, seems misguided while the kinks of the technology are still being worked out. Especially in the realm of stablecoins, it seems like mastering the world of fully-transparent, self-sovereign and censorship-resistant transactions needs to come first – an area of economic activity that is almost by definition fringe.

In a recent paper, the International Monetary Fund (IMF) argued that fintechs (including Bitcoin and other crypto players) have had limited penetration disrupting remittances – a sector known for being inefficient, opaque and outdated. Instead of supplanting incumbent remittance providers – like MoneyGram – the IMF found, contrary to expectations, that fintechs have become increasingly entangled.

“Therefore, not only there is no evidence of disruption, but it is unlikely to occur in the foreseeable future,” economist Tito Nicias Teixeira da Silva Filho wrote in the December paper, titled “Curb Your Enthusiasm: The Fintech Hype Meets Reality in the Remittances Market.” Still, the paper noted that fitechs and crypto are bringing competition to the sector, helping to drive down costs.

The challenge in many markets is that most of the people who could benefit most from digitization still transact primarily in cash. Perhaps unpredictably, the agency also argued that central bank digital currencies (CBDCs) could succeed where fintech, stablecoins and bitcoin failed, though likely only in markets where there is low digital adoption.

This tracks recent comments from a former official of the People’s Bank of China (PBOC), who told Caixin he’s been unimpressed with adoption of the so-called e-CNT. In particular, the country’s CBDC pilot has seen a marginal uptick in volumes despite the system’s privileged use during the 2022 Olympic games.

Xie Ping, now a professor at Tsinghua University, said the e-CNY is often thought of as a cash substitute in a country where third-party payments systems including WeChat Pay, Alipay and QQ Wallet already have broad market penetration. These platforms, sometimes called superapps, include a multitude of messaging and social media platforms – as well as the ability to perform additional financial services like lending and loans.

The extent to which stablecoins and CBDCs will actually compete is still an open questions. It seems every month there’s a new paper arguing how stablecoins present untenable risks to the existing banking system, only to be contradicted by another paper. The same points are raised also about CBDCs. It’s likely, as evidenced by the spectrum already in existence, there’s room for multiple payment systems – and that, if anything, the kaleidoscope of options targeting specific needs will only increase.

In December, the U.S. Federal Reserve Board (FRB) studied the “lifecycle” of stablecoins from issuance to redemption. In a broad overview, the researchers found that stablecoins carry varying risks depending on their stabilization mechanisms.

Putting aside algorithmic stablecoins, the FSB was particularly concerned with tokens that are managed by private issues – the arrangement of the two largest stablecoins by market cap and volume, USDT and USDC. These coins are supposed to be backed by liquid investments, meaning that every token issued has money in the bank to be withdrawn when tokens are redeemed.

Following a report by the Wall Street Journal into Tether, the issuer of the largest stablecoin by market capitalization and volume, pledged to stop lending out its reserves that back its USDT token. By the end of 2023, Tether claims it will reduce secured loans in its reserves to zero – thereby protecting an asset it says is already over-collateralized.

This comes after the company also pledged to shed its “commercial paper,” which many suspected referred to risky investments in China’s housing market. Tether’s moves here to limit risks to its collateral should be praised. In any payment system design there will be a series of tradeoffs to make.

In CBDCs, for instance, which depending on the design are digital forms of “public money” as already understood, there are a series of constraints designers have to account for. The European Central Bank essentially teased out the dichotomy between building a CBDC for broad adoption and for meeting a central bank’s policy goals.

See also: What CBDCs Mean for the Future of DeFi and Stablecoins | Opinion

Finally, the Bank of Canada published a discussion paper about stablecoin utility for retail payments, finding that these systems often facilitate greater transaction speeds and consumer privacy. But, lacking regulation, stablecoins also present greater risk for fraud as well as diminish the ability for regulators to combat financial crimes.

“The paper’s findings suggest that stablecoin arrangements do not currently serve as substitutes for the suite of traditional payment arrangements but instead address niche use cases or user segments that value their benefits and can accept their risks or costs,” economist John Kiff wrote in a summary.

Niche does not have to be a bad thing.