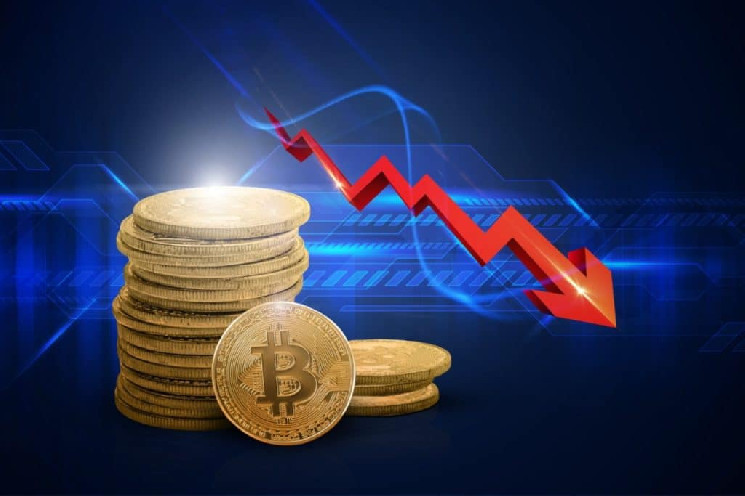 The year 2022 is drawing to a close and the crypto world has faced a thousand challenges with a lot of negative news unfortunately (which, nonetheless, serve to purify the sector and return to the light) and some positive ones: let’s take a look at the top crypto news of the year that is coming to an end.

In this overview retracing the journey or rather the Via Crucis that investors have experienced this year, we begin from February when a latent conflict that began in 2014 resurged with vigor.

Vladimir Putin‘s Russian army invades The territories on the border with Ukraine and from there on begins a war of attrition, more tactical than warlike that will lead to escalating tensions to the point of a nuclear threat.

However, not all bad news is an end in itself, in this case a black page of recent history delivers to humanity the crypto world’s first outburst of mass solidarity.

Vitalik Buterin with Ethereum and many other companies in both centralized and non-centralized finance are working to provide funds, food, medicine and financial freedom to a battered and starving country.

In the meantime, Elon Musk, following an attack by Moscow militias that knocked out the Ukrainian communications and internet connection system, provides the optimal solution by giving the country a massive supply of its own satellite connection system named Starlink.

If we were talking about soccer we would say that the game of the crypto world is just beginning to unfold, one-to-one and ball in the middle.

One does not get through spring in time that the industry stumbles upon the first major industry injury that caused huge losses and the first drop in interest in cryptocurrencies.

Top crypto news of 2022: the beginning of difficulties

The blockchain ecosystem Terra and its token Luna (LUNA) collapse resoundingly to near zero value despite desperate attempts to recover.

Millions of investors lose astronomical amounts of money and at that time it was the biggest financial shock in the crypto market.

Shortly thereafter many exchanges remove the dollar-pegged stablecoin from use in the listings by implementing the Hard Fork.

Luna as it used to be changed, and it is replaced by the new Terra Classic Token (LUNC) and Luna 2.0 (LUNA) that are to this day tradable on almost all platforms.

But Murphy’s law is known to always be around the corner and the following month another major scandal involves the crypto world.

Three Arrows Capital (3AC) is a Singapore-based crypto hedge fund that was founded in 2012 by Kyle Davies and Su Zhu.

The hedge fund on 27 June by order of the British Virgin Islands court goes into bankruptcy with a requirement for immediate liquidation.

Hell is served and this company also goes bankrupt burning millions more investors on the altar of lack of transparency.

According to the note accompanying the bankruptcy filing, the company, which had borrowed billions of dollars to hedge its trading is forced to pay back $3.5 billion in claims it does not have, much to the annoyance of investors who had believed it. .

Meanwhile, the war goes on, and Putin does not hint at any negotiations or even an about-face.

The conflict escalates and NATO steps in.

Commodities and high energy prices rage around the world, and citizens of all countries around the world are reckoning with sky-high bills, bills that come in astronomical amounts even to companies bringing even the most emblazoned in the Tech sector to their knees.

A light comes in September, however, when Ethereum implements the transition from Proof of Work based on cryptocurrency mining to Proof of Stake based on staking.

Ethereum’s average block time, which is to say how long it takes a miner or validator to verify a block, is reduced by 13% while energy consumption goes to almost zero much to the delight of the Green Party.

Ethereum hits the mark with Proof-of-Stake (PoS) completing the transition on 15 September and appreciating in the market.

Meanwhile, we come to the present day or rather to the last month that resulted in the biggest scam of all time in the industry.

Here comes the bankruptcy of FTX

Sam Bankman-Fried founder of FTX through his FTT token and another company related to him (Alameda Research) channels funds to the American Democratic Party creating no small embarrassment at the moment of truth for many of the people involved and especially due to phony hedging triggers a series of chain reactions leading to the collapse of FTX.

Now forced into bankruptcy, SBF’s company takes refuge in Chapter 11, and within days the financial and programming genius fraudster was arrested in the Bahamas and then extradited to the States on the very orders of the US authorities.

The issue of cover-ups had been raised at the time of the events by CZ, who, however, said he was unable to rescue the competitor.

From January to now, the issue of inflation, starting with December 2021 data, has kept Fed and investors in suspense as a double-digit CPI has not been seen in years.

Through monstrous measures, the US Federal Reserve has managed to keep this financial black beast in check by reducing it to 7% from a near 10% start.

During the year, the interest rate was raised by 400 total basis points with the latest increase of 50 points recording the largest intervention since the 1970s.

More rate hikes are planned for 2023 but since the last FOMC conference, Jerome Powell has stated that they will be milder and will be evaluated on a case-by-case basis this is to keep at bay not only inflation but also the intensity of a recession at the doorstep in the United States and already present in Europe.