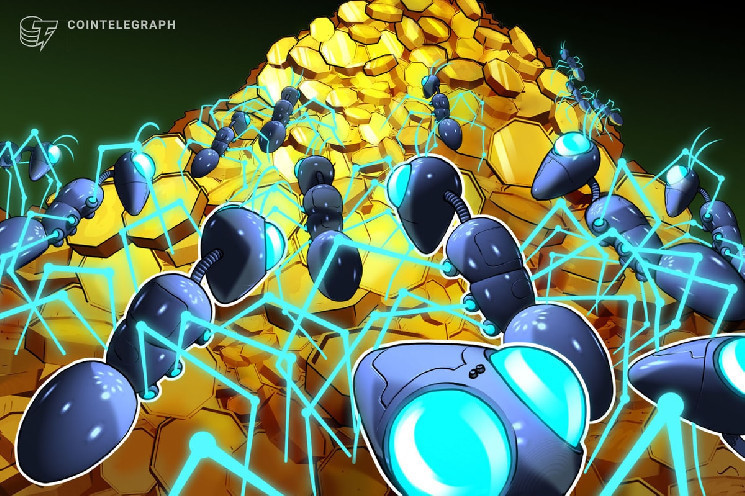 Blockchain.com’s founder and CEO, Peter Smith, believes on-chain analytics will play a significant role in locating the missing FTX funds, though it will have its limitations.

On Dec. 20, Fox Business host Liz Claman said that blockchain’s selling point was that it makes crypto transactions transparent and traceable, asking Smith the question of what it could trace in the case of FTX’s missing customer funds.

Smith said that blockchain sleuths have already done a fair bit of work in chasing the money trail, adding that it could in fact be the banking system where the trail could turn cold:

“The most challenging thing for [blockchain analytics] firms working on this today is when money moves off chain and into the banking system because they’re no longer able to track it.”

He cited an example of when Sam Bankman-Fried or associates purchased real estate as that would have originated from a bank. Those assets would be hard to trace back to FTX or a blockchain once they leave the crypto ecosystem, he said.

The interviewer also questioned whether shadow banking was used. This is a system of lenders, brokers, and other credit intermediaries operating outside the realm of traditional regulated banking, which can be used to mask transactions.

Co-founder and CEO @onemorepeter spoke with @LizClaman of @FoxBusiness today about how blockchain can – and can’t – play a role in following the FTX money. https://t.co/eKY6uVbnh2

Smith explained thatt for funds still in the crypto ecosystem, on-chain analytics will be tremendously helpful to liquidators in their efforts to untangle the FTX mess “since those are records that can’t be changed or altered.”

Things that can be traced on-chain are where FTX and its customers lost the money such as in trading bets, liquidity farming, or where they withdrew it for real estate or venture investments. It can also be used to see how much crypto users deposited in FTX, he added.

“A lot of the money was lost in trading positions … real estate, venture capital investments … all of that occurs outside the on-chain ecosystem in crypto.”

In a related development, FTX’s new chief financial officer Mary Cilia told a procedural hearing on Dec. 20 that the firm had over $1 billion in assets identified.

FTX reportedly located about $720 million in cash assets in U.S. financial institutions authorized to hold funds by the Department of Justice. Cilia stated that around $130 million was being held in Japan and $6 million was being kept for operational expenses. She said most of the remaining $423 million at unauthorized U.S. institutions are mainly at a single broker, but declined to elaborate.

Prosecutors and liquidators have been sifting through the FTX wreckage trying to claw back as much as $8 billion in missing customer funds.

EOS Blockchain is Making Web3 Waves on the Comeback Trail

EOS Blockchain is Making Web3 Waves on the Comeback Trail