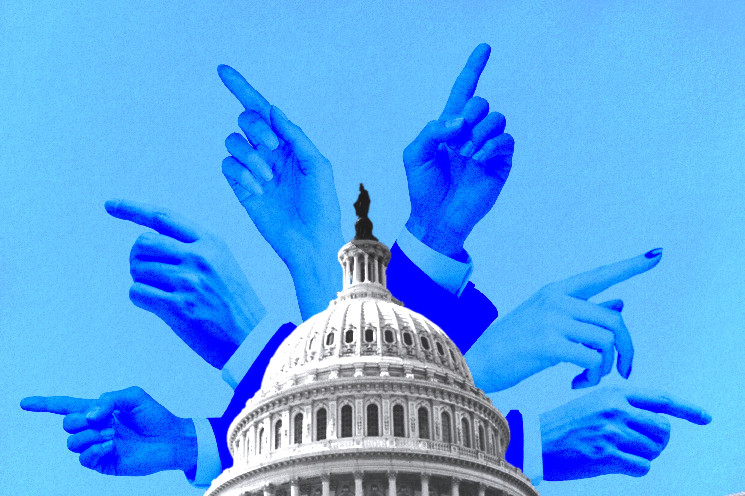 If familiarity breeds contempt, the crypto industry should strap on a helmet in these opening days of the 118th U.S. Congress, because lawmakers know the digital assets sector a lot better than they once did.

The shine is off the bitcoin, and those pre-partisan days of educational hand-holding by industry boosters have been strangled by current events. In a potentially momentous session in which U.S. lawmakers could shape how virtual assets are used around the world, crypto’s dramas will overshadow all of it, starting with hearings focusing on the FTX mayhem.

Before FTX’s Sam Bankman-Fried was charged in an epic fraud that two of his former lieutenants said he orchestrated, he was Washington’s favorite proxy from the crypto world. As one of the industry’s chief ambassadors on Capitol Hill, the approachable CEO spent an awful lot of time with lawmakers, so his unmasking as an alleged villain is that much more damaging for the industry.

Not only that, he and other top FTX officials were a shocking wellspring of campaign funding in the last cycle, giving directly to no fewer than one in three members of Congress, a recent CoinDesk analysis showed (and indirectly to many more). Now it’s up to those 196 senators and representatives to explain what they’ve done with contributions from Bankman-Fried and others.

In the room where it happens (to borrow Hamilton’s earworm) there’s a stench of crypto’s misdeeds. And the industry won’t have to wait long before getting the first sense of where it now stands in Washington.

“It‘s going to come a lot sooner than folks think,” said Ron Hammond, director of government relations at the Blockchain Association, who expects the relevant committees to get back into the FTX debacle within the next few weeks. “They’re ready to hit the ground running.” Crypto is among topics getting the most immediate attention in the House Financial Services Committee and the Senate Banking Committee. The industry is finally earning the priority status it desperately wanted, but for the wrong reasons.

Headline – conscious lawmakers – many of them recipients of those FTX dollars – will get some early messaging off their chests before legislating begins in earnest. And the party divide will become starker, dulling the conspicuous joy the industry once felt from how nonpartisan the work was.

From Democrats: Crypto is an untamed beast that steals people’s life savings and doesn’t seem useful for anything.

«The collapse of FTX definitely has an impact on the way people in the Congress think about this,” Rep. Jim Himes (D-Conn.) told CoinDesk TV earlier this month.

U.S. lawmakers have so far produced no significant laws to establish crypto oversight, despite a number of legislative efforts that fizzled out. To change that in this newly divided Congress, the Republicans will have to acknowledge their House majority is razor-thin, and they’ll need some cross-party partnership to move anything in the next two years.

“Nothing is going to happen unless it’s bipartisan,” said Parker Hamilton Poling, a former executive director of the National Republican Congressional Committee who was once chief of staff for Rep. Patrick McHenry (R-N.C.), the new chairman of the House Financial Services Committee.

McHenry is “very eager to engage” with Democrats on crypto issues, and Poling – now a partner at Harbinger Strategies – said the congressman will have to figure out some common ground with Senate Banking Committee Chairman Sherrod Brown (D-Ohio), because any legislation “is going to take some effort on both sides.”

Brown made some noise late last year with remarks that put him in the crypto-suspicious category, though he also penned a letter to U.S. Treasury Secretary Janet Yellen saying he was serious about sitting down to figure out a whole-government approach to regulating the sector.

Sheila Warren, CEO of the Crypto Council for Innovation, thinks this will be the “crypto Congress,” because the industry’s need for oversight “hits the trifecta of interest, understanding, and urgency with lawmakers,” she said. “Crypto will become an unavoidable issue for members of Congress, and when it comes to crypto policy, there is something for everyone.”

So far, the strongest legislative progress has been on overseeing stablecoins such as Tether’s USDT and Circle Internet Financial’s USDC, which are pegged to assets like the dollar as a means to keep their values steady. Regulators universally agree these tokens, the lifeblood of crypto trading and decentralized contracts, need unimpeachable reserves and disclosures to avoid threatening the wider financial system.

Lawmakers from both parties also agree, and they were ironing out the final details on a House bill when the clock ran out last year.

“The stablecoin effort is very much still alive,” Poling said. “They were very close, and they might pick that back up.”

Because that work was “almost to the finish line,” Himes, a member of the House committee that worked on it last year, is predicting Congress can get it done.

«Where we’ve really got some momentum is on the question of stablecoins, and that may be the place to start, with tens of billions of dollars of stablecoins trading every day,» he said.

Hammond cautioned that the industry shouldn’t expect it to happen at a lightning fast pace. He said he’ll be looking for it in the latter part of 2023.

Crypto lobbyists are pinning a lot of hope on McHenry’s brand new crypto subcommittee and its leader, Rep. French Hill (R-Ark.), who is seen as a good negotiator with a deep financial knowledge.

The Senate and House agriculture committees have also been active in trying to come up with bills, often focused on giving the Commodity Futures Trading Commission (CFTC) new powers to regulate crypto – including the spot market for crypto commodities such as bitcoins.

A fundamental question still looms over the industry: What makes a crypto token a security or a commodity? Congress’ answer would likely require a bill that cuts across the financial and agricultural committees in both chambers, and would call for a lot of different lawmakers to come together.

Some previous bills have tried to solve the problem, such as a wide-reaching, bipartisan proposal last year from Sens. Cynthia Lummis (R-Wyo.) and Kirsten Gillibrand (D-N.Y.) While it was a conversation starter – as designed – its ideas remain theoretical, and neither lawmaker has the heft to push it through even one of the several committees that would need to approve it.

On that score, the Digital Commodities Consumer Protection Act from the leaders of the Senate Agriculture Committee, enjoys more of an advantage, but it hasn’t achieved liftoff. One of that bill’s most prominent champions was Bankman-Fried, now sitting in his parents’ Palo Alto house wearing an ankle monitor. His aggressive lobbying on its behalf may have left a black mark on the effort. And decentralized finance (DeFi) advocates worried an early version of the bill would stomp on their business model, though that language seemed fluid late last year, and the bill’s authors have said they still intend to get the effort to the Senate floor.

Old legislation would have to be reintroduced in this new session, and the recent consensus among lawmakers and regulators is that FTX justifies a rethinking of how Congress was approaching the industry. Wherever the negotiations range, they’ll have to clear the bottleneck of Brown’s Senate Banking Committee, which Hammond said is “going to be the hold-up for most things.”

See also: The Revolving Door Is Good for Bitcoin

And the burning crypto question – security or commodity – remains «sort of in a vapor lock,» Himes said, with Securities and Commission (SEC) Chair Gary Gensler jamming the debate with his assertion that his agency already has all the authority it needs to get the industry in line and he just needs to keep punishing the companies into compliance. Lawmakers need to decide whether he’s right, or whether new powers need to be authorized, Himes said.

Despite crypto’s reputational mess, the industry’s current self-inflicted crisis could have a silver lining: Major financial legislation tends to rise from smoldering ruins. In the vein of Enron (which drove new accounting laws) and the 2008 housing meltdown (which spurred the Dodd-Frank Act of 2010), Bankman-Fried’s unintentional legacy could be legislative.

“Nothing spurs legislation like a crisis,” Hammond said. “FTX could be the straw that breaks the camel’s back.”