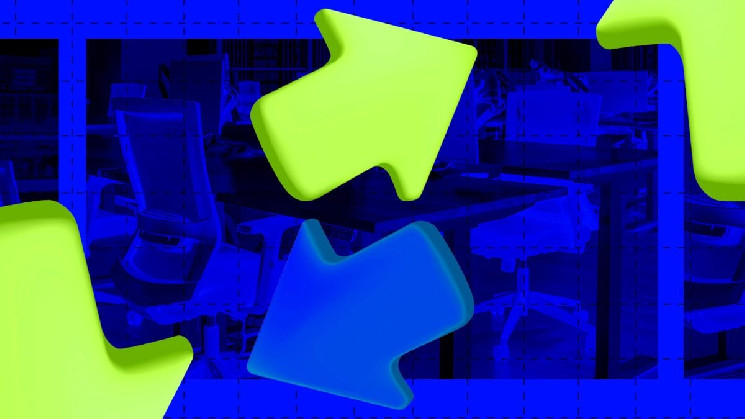 Asian cryptocurrency investment firm Amber Group is stepping back from plans to expand in the U.S. and Europe as it retrenches to survive the crypto winter.

Angie Beehler, head of U.S. institutional sales; Cactus Raazi, U.S. CEO and co-head of Americas; Dimitrios Kavvathas, CEO of MENA; Francesco Adiliberti, managing director for Switzerland; and Sophia Shluger, managing director for Europe, are among executives who have left.Olaf Ammermann also stepped down as the director of Amber’s UK subsidiary in July, which coincided with the termination of his firm’s consulting contract with Amber.

Amber confirmed the departures in a statement to The Block. All the executives had joined within the last year and a half and, in several cases, were touted by the firm as high-profile appointments. Kavvathas said he will stay on as an adviser to the MENA business.

Founded in 2017, Amber provides a wide range of services to institutional clients, from trading and liquidity services to yield products. It recently branched into the consumer segment with its wealth management platform, WhaleFin. The firm announced a 25% increase in revenue in the first half of this year compared to the prior year, though the financial results were unaudited.

“Amber will continue to service our global HNW [high net worth] and institutional clients,” said Annabelle Huang, managing partner at Amber. “As our home base is in Asia, and this is where we have the most resources, it has always been our core market too.”

These high-profile employees aren’t the only ones to leave as November’s collapse of crypto FTX exacerbates the crypto bear market. Amber’s U.S. and European offices now have a headcount in the single digits after managers in Singapore started announcing in June that certain international businesses were going to be shuttered, said a source familiar with the company’s operations. Management didn’t give any explanation for the decision, the source said.

«We started scaling down in non-core regions, especially on the retail consumer side since Q3 in anticipation of worsening investment sentiment,» she added. «However, the FTX event was unpredicted and hence we have decided to be more aggressively scaling down those non-profitable efforts.»

The company has also been shifting priorities regarding global marketing and sponsorships.

Amber had agreed to sponsorship deals with soccer teams Atletico Madrid and Chelsea, estimated to be worth, respectively, about $44 million and $25 million annually. The firm is trying to renegotiate both commitments, said the source familiar with the company.

Bloomberg reported on Friday that Amber is seeking to exit its deal with Chelsea. Amber declined to comment.

Amber started to cut staff in September of this year, reducing headcount by between 5% to 10%. Huang explained that these cuts were part of the company’s standard quarterly business planning.“We wanted to stay prudent and refocus on the key areas in the core businesses,” said Huang. “So that unfortunately means making some difficult decisions and we have done that.”

In a separate report, Bloomberg said this week that job cuts have continued despite expectations they would be completed in November.

Huang said Amber’s headcount peaked at about 1,100. That figure has now fallen to around 400, according to Bloomberg’s report on Friday.

To compound Amber’s problems, one of the firm’s co-founders, Tiantian Kullander, known as TT, died in his sleep at the age of 30 on Nov. 23. It also owes about $130 million to Darshan Bathija, the CEO of troubled crypto lender Vauld, The Block reported today.

Earlier this week, Amber assured customers it was “business as usual” following reports of further layoffs and paused withdrawals on some of its platforms. On-chain sleuths alleged the firm only had $11 million in assets across six of its wallets, meaning it could be on the verge of insolvency. Huang and the firm strongly denied that.

The company said last month it had no exposure to FTX’s FTT token or its sister firm Alameda Research. However, it had been an active trading participant on the exchange and found up to 10% of its trading capital tied up on FTX when it blocked withdrawals last month.

“Weathering through market cycles, we have to constantly adjust and pivot our business strategies, product offerings, and, as a result, internal teams and functions,” Amber said in a statement.

As the FTX news hit, Amber had been in the process of fundraising, seeking to raise $100 million at a flat valuation of $3 billion. The Financial Times reported on Friday that Amber had managed to secure $50 million of the $100 million, with the deal to be announced in January. The firm declined to comment to The Block on whether it was still trying to raise funds and on which terms.

“Market environment changes all the time, and so do our business plans, including fundraising strategies,” Huang said.

Amber denied that the $50 million raise was an emergency fundraise and said the funds came from a new investor.