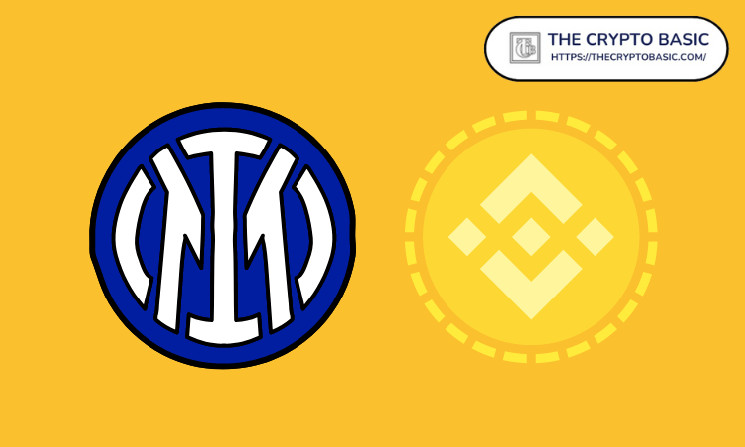 Inter Milan is considering , among other firms, to replace Digital Bits as its main shirt sponsor amid continued missed payments.

The Italian football club, Internazionale Milano – colloquially referred to as Inter Milan in English media – is considering Binance as one of three possible replacements for blockchain project DigitalBits as its main shirt sponsor due to persistent nonpayment by the entity. Other possible replacements include Chinese multinational electronics manufacturer Hisense and online gambling platform LeoVegas.

The development was disclosed today by the prominent Italian sports newspaper Tuttosport, according to a report by a local media outlet focused on Inter Milan-related events. According to the report, Binance could partner with Inter Milan to replace DigitalBits on the face of the club’s main shirt.

Besides Binance, Hisense is a possible choice for the football club if terms with the electronics retailer appear better than others. Hisense has already penetrated the football scene with a partnership with FIFA as one of the sponsors of the just-concluded 2022 World Cup in Qatar.

The third possible replacement is LeoVegas which already has a sponsorship deal with English club Manchester City as its official betting partner in Canada and all of Europe. LeoVegas’ opportunity is threatened by a current ban restricting gambling platforms from inking specific sponsorship deals with Italian football clubs. LeoVegas stands a chance only if the restriction is lifted.

Binance’s Involvement in the Sport Scene

This wouldn’t be Binance’s first involvement within the sports industry, as it announced a multi-year $35 million partnership deal with Italian club S. S. Lazio last year, making the the primary jersey sponsor for the club. The partnership is meant to last for two years, with an option to extend it to the third year.

Additionally, in June, Binance announced an exclusive multi-year partnership with one of the world’s most prominent football stars, Cristiano Ronaldo, as previously reported. The partnership would see Binance produce several non-fungible tokens (NFTs) with the Portuguese football legend during the partnership.

Last month Binance Labs invested up to $4 million in the free-to-play fantasy sports platform Ultimate Champions. On November 7, Binance also announced its Football Fever 2022 initiative, which would see football fans across the globe get a chance to share a $1M prize.