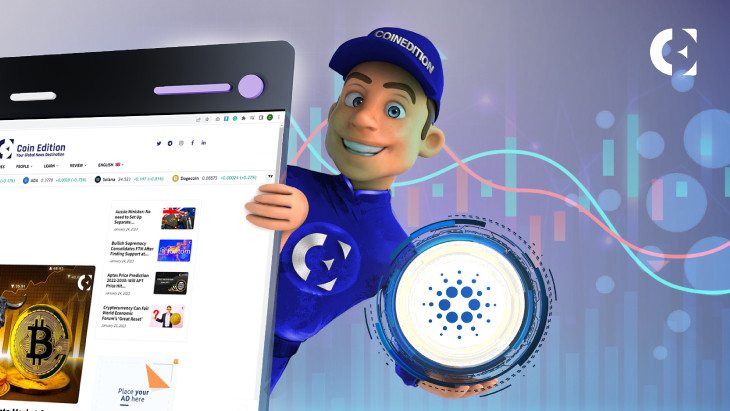 Cardano is a third-generation, decentralized proof-of-stake (PoS) blockchain platform designed to be a more efficient alternative to proof-of-work (PoW) networks. Scalability, interoperability, and sustainability on PoW networks like Ethereum are limited by the infrastructure burden of growing costs, energy use, and slow transaction times.

Cardano (ADA) is ranked as the 8th biggest project in terms of market cap, according to CoinMarketCap, and experienced a 24-hour price gain of 1.33% – taking its price up to 1.33% at press time. The Ethereum-killer’s market cap currently stands at $0.3807.

ADA’s 24-hour gain has added to its positive week. Currently, ADA’s price is up 8.03% over the last 7 days. ADA’s price is now also up more than 54% for the current month. 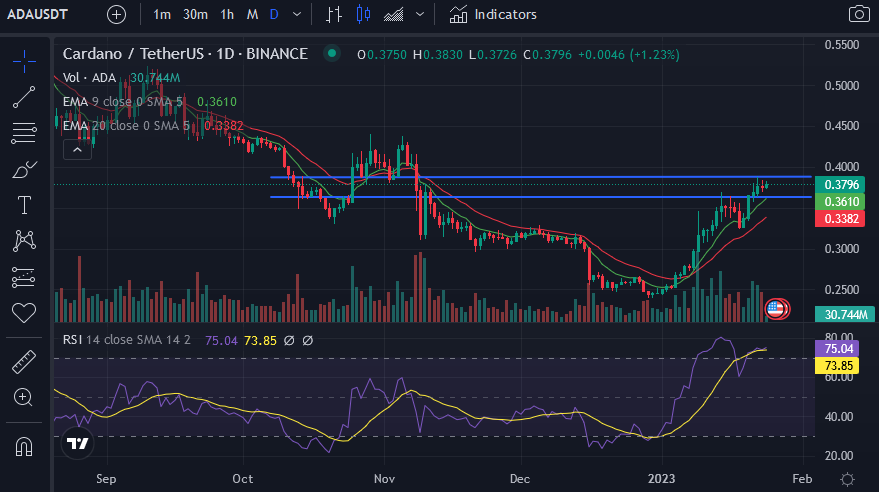 There is a bullish flag that has been triggered for ADA on the daily timeframe with the 9-day EMA positioned above the 20-day EMA. The two EMA lines crossed on the 7th of January – signaling an upwards move that saw ADA’s price rise from a low of $0.2723 to its current level.

The daily RSI is an indicator that investors and traders should keep an eye on as the daily RSI line is looking to cross above or below the daily RSI SMA line. The daily RSI, however, is currently closer to the overbought territory at 75.04. This suggests that a downward move in ADA’s price is more likely to occur than a breakout in the next 24-48 hours. 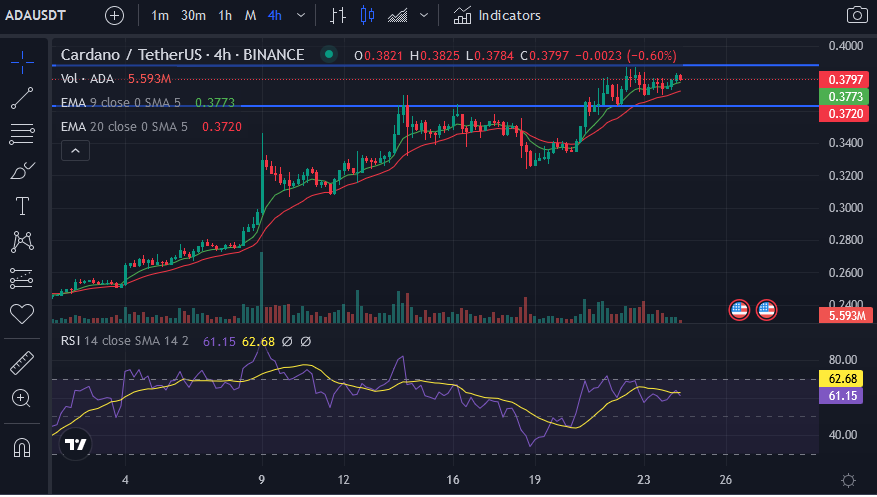 The 9 EMA line is also positioned above the 20 EMA line on ADA’s 4-hour chart. The low levels of trading volume, however, suggest that ADA’s upward move is losing momentum. As a result, ADA’s price could drop in the next 24-48 hours.

Disclaimer: The views and opinions, as well as all the information shared in this price prediction, are published in good faith. Readers must do their research and due diligence. Any action taken by the reader is strictly at their own risk. Coin Edition and its affiliates will not be held liable for any direct or indirect damage or loss.