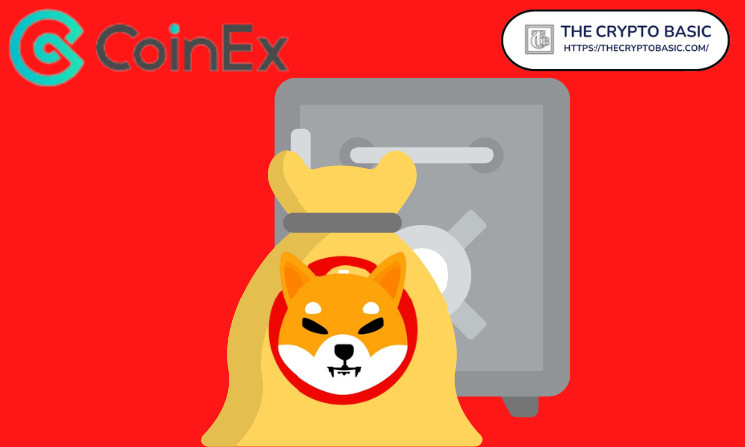 The Proof of Reserves (PoR) audit recently released by CoinEx showed fully-collateralized Shiba Inu reserves at a rate of 100.05%.

CoinEx, a Hong Kong-based crypto service provider, has officially released its audited Proof of Reserves (PoR) which shows that the exchange has up to 1,690,695,495,491.76 (1.6 trillion) SHIB valued at $14.3M in its reserves. CoinEx’s PoR disclosure comes at a time when the crypto space is seeing a growing necessity for complete transparency in reserve proofs following the FTX debacle.

The Proof of Reserves from CoinEx was released today on its official website and subsequently announced through its Twitter handle. “Important Announcement. CoinEx launched Proof of Reserve on 15th Dec, supporting BTC, , CET, USDT, USDC, SHIB for the first proof batch,” the exchange disclosed in a tweet, sharing a link to the reserve proof.

According to the official announcement, PoR for more assets will be released soon. CoinEx noted that it employed the Merkle Tree cryptographic measure to ensure proper auditing of the assets held in its reserves. The exchange has published a guideline interested customers can take to verify their balances on the platform.

Despite holding the status of a meme coin, SHIB has increased massively in popularity to the extent that several exchanges have deemed it necessary to reveal their collateral ratio of the asset in their Proof of Reserves disclosures. The trend underscores Shiba Inu’s growing adoption rate.

Earlier this month, The Crypto Basic highlighted the Proofs of Reserves published by several prominent exchanges, including , Huobi, and Bybit. The report disclosed that KuCoin held 4.43 trillion SHIB as reserves, with Huobi and Bybit respectively, holding 1.85 trillion SHIB and 366 billion SHIB tokens.

The world’s largest exchange by 24-hour trade volume, is not left out in the trend, as it holds an enormous amount of SHIB in its reserves for any centralized exchange. A report by The Crypto Basic last month revealed that Binance holds over 87 trillion SHIB tokens, valued at $816 million.

Furthermore, Singapore-based exchange Crypto.com has also shown an unprecedented affinity to SHIB, as its reserves proof published last month showed that the exchange held up to $558M worth of SHIB in its reserves. This figure represents nearly 20% of the platform’s total reserves, as data suggests that it holds more Shiba Inu than Ethereum.

Meanwhile, Shiba Inu’s surging adoption rate has also been revealed in a growing trend of whale accumulations sustained for a few months despite the cold touch of the Crypto Winter. The Crypto Basic recently indexed the latest whale accumulation involving 2.6 trillion SHIB.