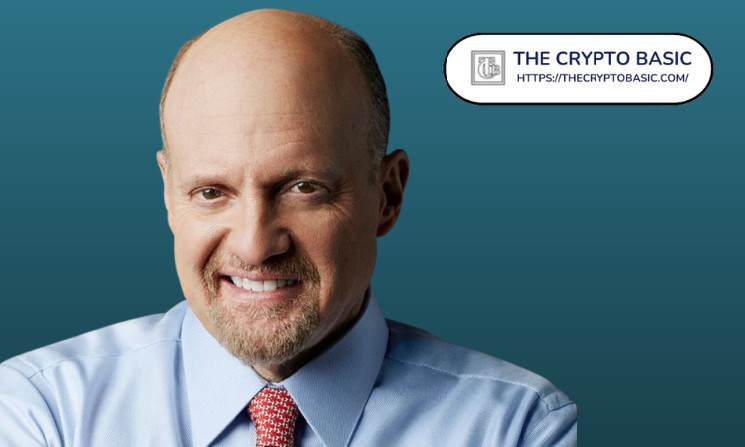 The CNBC host noted that he believes and other crypto assets will be wiped out.

James “Jim” Cramer, American Television personality, author, and host of CNBC’s Mad Money show, remains relentlessly vocal about his campaign to downplay digital assets, including Ripple’s native token, XRP. Cramer recently disclosed that, out of all the risk assets within numerous financial scenes, he is negative on cryptocurrencies, especially XRP, as he doesn’t see anyone showing further interest in them.

The media personality made his latest remarks on cryptocurrencies while speaking on a CNBC Squawk Box episode today. Cramer expressed his opinion on the recent underperformance witnessed amongst the majority of stocks, as investors suffer market-wide selloffs that have contributed to shocking declines of most indexes, including the Nasdaq Composite and the S&P 500. Stocks are currently having their worst year since 2008.

When asked to air his view on the recent bearish atmosphere, Cramer noted that he is not particularly bearish on assets like Crude Oil, as he believes there will be a recovery. Instead, Cramer disclosed that he is bearish on cryptocurrencies, mentioning a few crypto assets, including XRP. According to him, these assets will likely be wiped out because he doesn’t see anyone taking them.

“There’s this new group of people that says, no matter what the Fed does, it’s over – they can’t do a thing. […] They look at their S&P numbers and say, ‘oh, things are really bad,’ and I’m not buying it. I think there are some really interesting opportunities every single day. I think you should be negative on crypto; I’m not negative on oil,” Cramer remarked confidently.

He noted that he is negative on crypto assets such as XRP, Litecoin, and Dogecoin. “I’m yet to find anybody who takes them,” Cramer added. He further asserted that crypto assets are destined to be wiped out.

«I think you should be negative on #crypto. I’m negative on $XRP, $LTC, and $DOGE because I haven’t been able to find anyone that takes them,» says @jimcramer. «It’s like $80 billion worth of non-Bitcoin that’s destined to be wiped out.» pic.twitter.com/lrFbjtT0Wn

The latest comments are some of Cramer’s negative remarks on cryptocurrencies, as the CNBC host has, on multiple occasions, seized every opportunity to take a swipe at digital assets, especially XRP. Last Thursday, Cramer expressed his negativity about XRP and other crypto assets, calling them all a giant con.