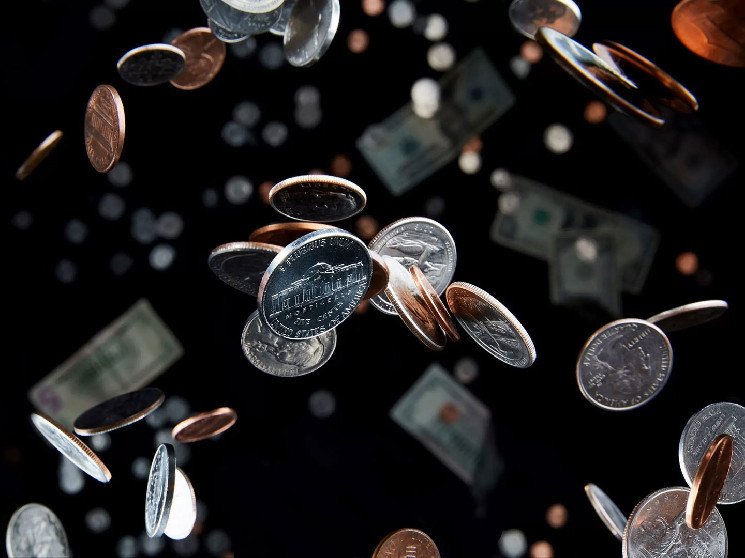 The rapid collapse of billionaire-turned-scourge Sam Bankman-Fried’s crypto empire will likely be remembered for posterity as one of the blockchain industry’s worst-ever episodes, and nowhere was that more evident than in the performance of digital-asset markets.

Hardest hit in digital-asset markets was a group of tokens commonly associated with Bankman-Fried – because he either invested in them or was one of the biggest backers of the projects, or both. Colloquially, they have become known in crypto-market circles as the “Sam coins.”

The market fallout inflicted widespread casualties on the industry. Sino Global Capital, one of Asia’s biggest and most well-known crypto investors and led by longtime crypto investor Matthew Graham, was closely allied with FTX and had invested in many of the “Sam coins.” According to the firm, its “direct exposure to FTX exchange was confined to mid-seven figures held in custody.” The firm has declined to quantify any losses related to indirect exposure, such as from holding the tokens that tumbled in value.

A key tone shift in crypto markets during the month was just how dramatically they diverged from the path of traditional markets. Stocks shined as investors processed speculation that the Federal Reserve might slow the pace of interest rate hikes as soon as December. The S&P 500 is up 2.2% in November, while gold climbed 7.8%. 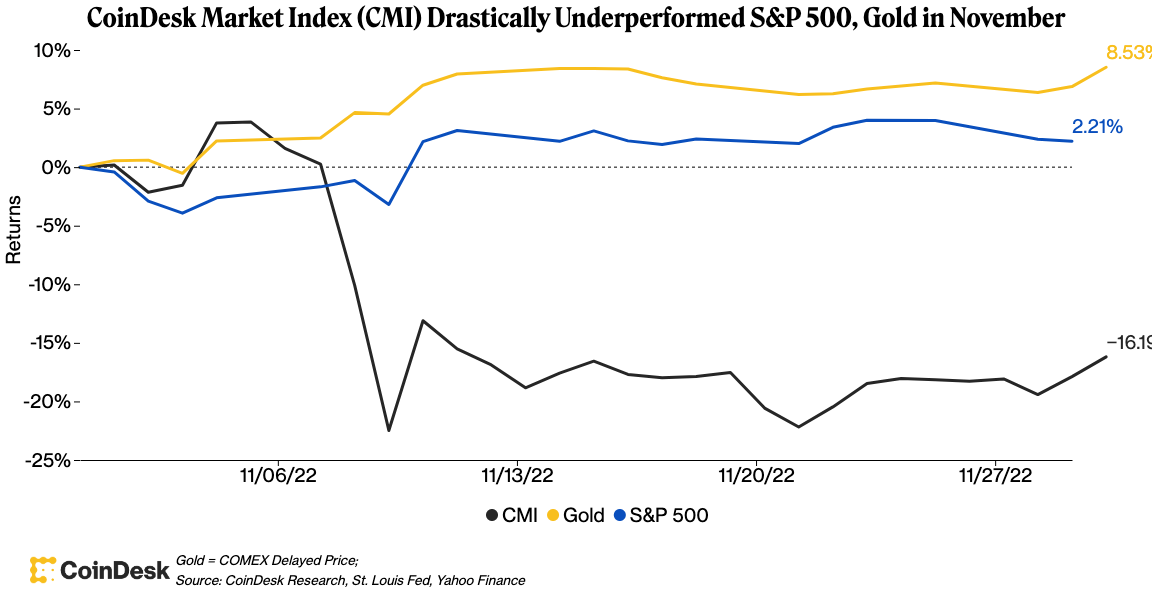 BAND, the native token of cross-chain data oracle platform Band Protocol, was the big leader in the CoinDesk Market Index, surging 57% during the month. The jump came as its mainnet successfully upgraded to its BandChain, increasing throughput by 10 times.

Decentralized exchange dYdX’s native token ended in the green, up 0.7%.

For most crypto traders, though, the November pain will likely be felt far more acutely than any spotty gains.