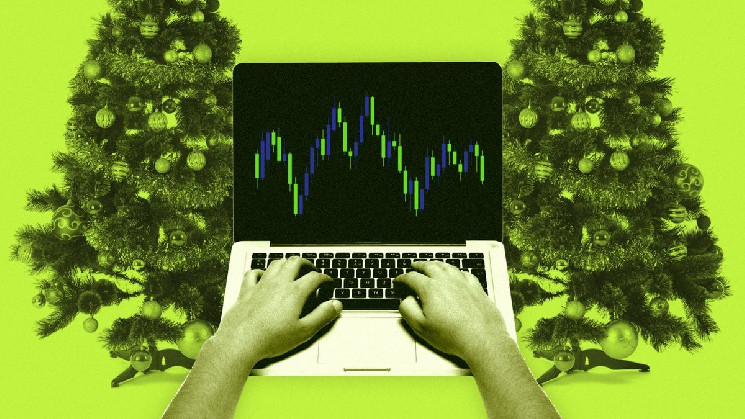 Paradigm, the crypto derivatives platform, suffered a big hit to trading volumes following the collapse of FTX. Now, the startup is lining up new partners to try to recapture what it lost.

On Dec. 15, Paradigm announced a 15% salary cut for all staff. The move, it said, would “reduce the need for layoffs seen across the ecosystem” and weigh less on the startup’s momentum — which had been considerable prior to the FTX debacle that began in early November.

A wide variety of crypto businesses have been caught up in the contagion stemming from FTX’s collapse. Only yesterday, The Block revealed that trading firm QCP Capital has $97 million stuck on the exchange.

While Paradigm did not have any funds on FTX at the time of its shuttering, according to co-founder and CEO Anand Gomes, FTX had been an exchange partner, and its sister firm Alameda Research was a Paradigm client, as well as an equity investor in the business. The impact of these relationships is evident in Paradigm’s trading volumes, which are displayed on its website.

“Spot, perp and futures (Delta1) spreads are a big growth opportunity for us as illustrated by the strong momentum we had on FTX (the market gave us a strong signal with $5.7 billion traded within the first 90 days),” Gomes told The Block. In simple terms, Paradigm’s model is to handle off-exchange matching, leaving on-exchange execution, clearing and settlement to exchanges like FTX.

“Our non-custodial, multi-venue model shines here and we are looking forward to replicating the success we had on FTX with other partner venues currently in our pipeline. For example, we will be launching a Delta1 spreads for USDT products on Bybit (an existing partner) in Q1 23 and have additional exchange venues that should go live in 1H23.”

Paradigm’s options volumes have also taken a hit, but Gomes said the platform’s market share is in fact higher — up from 27% last month to 32% today.

“We are a market leader in options and are incredibly excited about the growth of the crypto options marketplace in 2023 and beyond,” said Gomes. “As we saw in the last cycle, the companies that emerge from these periods end up being superbrands. Runway wise we are now well positioned as it increases our financial flexibility and give us the best possible shot at doing that.”

Paradigm had explored raising a considerable sum of money earlier this year, but shelved that effort in recent weeks.

The company held talks with potential backers about raising around $100 million, according to two people with knowledge of the matter. One of those people said the round, if successful, would have vaulted the company to unicorn status — meaning its valuation would have topped $1 billion.

“Any previous fundraising conversations were exploratory in nature and no terms were reached at the time of the collapse of FTX,” Gomes said, adding that the company will look at raising again “when market conditions improve next year.”

Paradigm last raised capital in December 2021, when it secured $35 million at a $400 million valuation in a round co-led by Jump Crypto and Alameda Research, the Sam Bankman-Fried-owned trading firm at the heart of the FTX scandal.