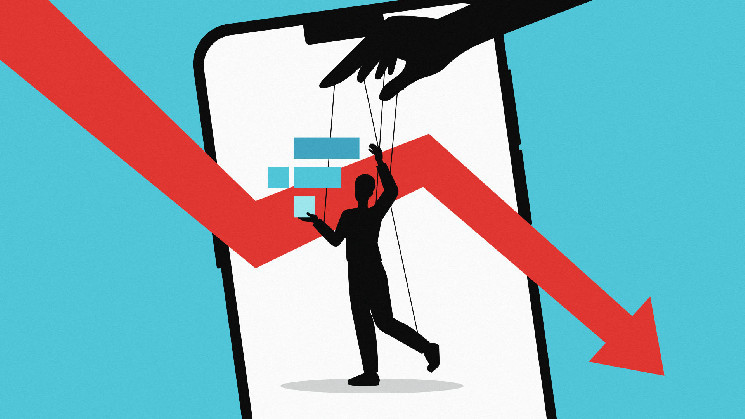 Before it filed for bankruptcy in November, crypto FTX was this year’s largest advertiser among crypto companies. Needless to say, it overspent ⏤ but not before hordes of influencers convinced their followers to deposit money into FTX. The exchange then proceeded to “lose” $8 billion of its customers’ money.

Chief exec Sam Bankman-Fried’s marketing efforts included naming rights for sports stadiums and paying A-list influencers to promote his crypto exchange, often with affiliate-type links that would earn them a percentage of the fees that FTX collected from referrals.

Some celebrities backtracked on their endorsements after FTX collapsed, claiming that they were fooled along with the rest. However, FTX investors aren’t buying it. Some have sued big names like Larry David and Tom Brady for the part they played in misleading customers.

Anti-Bitcoin maximalist Udi Wertheimer has spent more time this year making fun of Bitcoiners than protecting his own followers from altcoin scams. For months, he endorsed FTX and repeatedly promoted his own affiliate links for FTX sign-ups.

Now that many of his followers are rekt, he has added a disclaimer that he got scammed by FTX, too. He also accused FTX victims of spreading fear, uncertainty, and doubt, or ‘FUD,’ about .

FTX influencers include investor Anthony Pompliano, who promoted the exchange several times in the first half of 2022. His tweets included an FTX giveaway tied to his podcast. After FTX filed for bankruptcy, he denied shilling the exchange or its native token, FTT.

I’ve seen people say that I, and many others, were «shilling» FTX US.

Here is the definition of shilling from Urban Dictionary.

This is not what we do.

If we get paid by an advertiser, I tell the audience clearly.

In fact, people usually complain the ad reads are too long. pic.twitter.com/JhsrSMHpla

Shark Tank investor Kevin O’Leary chose not to shy away from his FTX endorsements following its collapse. On Wednesday, he accused of deliberately causing FTX’s downfall in testimony before US Congress.

O’Leary had a stake in FTX’s success that included the $15 million that FTX would have paid him to promote it. Now, he and several other FTX influencers face a lawsuit for promoting the exchange.

Kevin O’Leary made $4.3M in profit on FTX investment despite claimed loss

Curb Your Enthusiasm star Larry David appeared in FTX’s expensive Super Bowl commercial this year. In the ad, he placed the invention of cryptocurrency alongside historical breakthroughs like the light bulb.

The point of the commercial was that users could participate in the invention of crypto with FTX ⏤ a technology tantamount to the wheel, transoceanic exploration, the light bulb, airplanes, or space travel. Oh, the irony.

New England Patriots fan Michael Livieratos filed a lawsuit against Tom Brady. Livieratos alleges he lost money in digital assets that he transferred to FTX after the American football star featured in a commercial promoting the company. The ad was part of a long-term deal between FTX and Brady that gave him a massive stake in the exchange.

The FTX deal was not the first time Tom Brady embarrassed himself in the digital asset space. In June 2021, he attempted to show support for Bitcoin by changing his profile picture, but flopped not only due to his altcoin-promoting hypocrisy but also because of a comical price call.

Alright the laser eyes didn’t work. Anyone have any ideas? https://t.co/43WyShRxr2

Brady’s now ex-wife, supermodel Gisele Bündchen, joined the list of FTX influencers at the same time. She forged a similar deal that gave her an equity stake in the now-bankrupt exchange. FTX also granted Bündchen the role of environmental and social-initiatives adviser.

In September 2021, Golden State Warriors basketball player Steph Curry inked a sponsorship deal with FTX. He asked his Twitter followers for advice, but seems not to have taken any of it.

Just getting started in the crypto game…y’all got any advice??

Former Goldman Sachs employee Raoul Pal called it “unsettling” that Binance seemed to pick a fight with FTX immediately prior to FTX’s bankruptcy.

Mayor of Miami Francis Suarez did his best to turn the city into a digital asset hub. Efforts ranged from hosting major conferences to creating MiamiCoin — which turned out to be a scam. He also tried to invite FTX and Sam Bankman-Fried to Miami.

Overjoyed that your commitment to our community advances our efforts to be the most crypto friendly city on the planet. All I need to do now is figure out how to put the red laser dots on my eyes… 👀 😂 @SBF_Alameda @FTX_Official https://t.co/ZqGt1SgqvM

Suarez encouraged Bankman-Fried’s enthusiasm toward Miami, where he bought the naming rights for the Miami Heat’s home stadium. Immediately prior to its bankruptcy, FTX US was within days of opening an office in Miami and posted a video walk-through of its new offices in Brickell.

As FTX collapsed, Suarez has been quick to forget about his praise of FTX’s relationship with Miami. Already, the City of Miami has removed FTX branding from its downtown Miami Heat stadium.