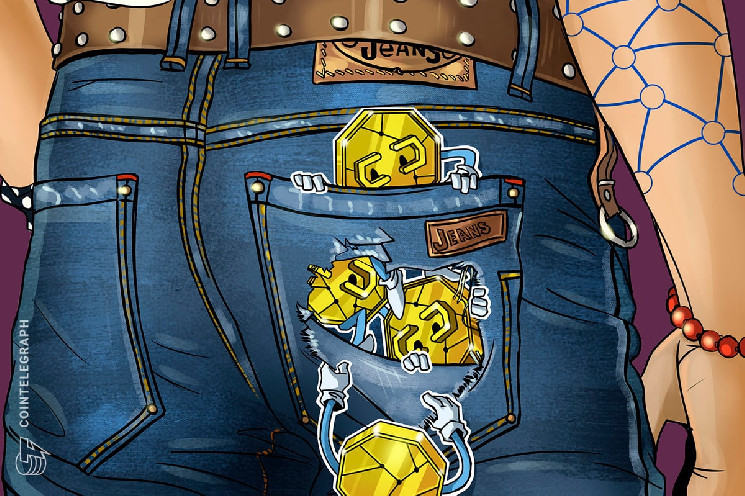 Gaming retailer GameStop says it will no longer focus any efforts on cryptocurrencies, after amounting $94.7 million in net losses in the third quarter and laying off staff from its digital assets department.

On a Dec. 7 earnings call GameStop CEO, Matt Furlong, said it “proactively minimized exposure to cryptocurrency” over the year and “does not currently hold a material balance of any token,” adding:

“Although we continue to believe there is long-term potential for digital assets in the gaming world, we have not and will not risk meaningful stockholder capital in this space.”

Earlier this year the company said it was looking at crypto, along with nonfungible tokens (NFTs) and Web3 applications, as avenues for growth calling these spaces increasingly relevant for gamers of the future.

Going forward it will shift focus to collectibles, gaming and pre-owned items.

Its moves in the NFT space are still seemingly going ahead as it says its “also pursuing, and plan to continue to pursue, other business and strategic initiatives associated with digital assets and blockchain technology,” according to a Dec. 7 filing with the Securities and Commission (SEC).

Cointelegraph contacted GameStop to confirm that it would continue efforts on its NFT marketplace but did not receive a response.

GameStop has pushed numerous Web3-related products, the most recent being its NFT marketplace that went live on ImmutableX, an Ethereum layer-2 blockchain, on Oct. 31 following a July public beta.

Prior to its NFT marketplace, in May the company launched a beta self-custody crypto wallet and beta NFT marketplace on Loopring in March, Loopring is another Ethereum-based layer-2 protocol.

It also partnered with the now bankrupt crypto exchange FTX US in September aimed at bringing more customers to crypto and working together on e-commerce and online marketing initiatives. It ended ties with the exchange on Nov. 11 soon after it filed for bankruptcy.

It’s Q3 losses slightly narrowed compared to the second quarter however, which saw losses of $108.7 million. It’s also a year-on-year improvement for GameStop, which posted a $105.4 million loss in Q3 2021.

On Dec. 5 GameStop cut multiple staff in its third round of layoffs for 2022 which Furlong confirmed in the earnings call.

Earlier reports suggested that the team working on the company’s blockchain and NFT projects was the most impacted, however, Furlong did not specify where the staff cuts were concentrated during the call.

Earlier posts from people claiming to be former employees have shed some light. Daniel Williams, lead software engineer at GameStop wrote in a Dec. 5 LinkedIn post:

“Another big round of layoffs from GameStop currently in progress… E-commerce Product and Engineers… Lots of them.”

Other posts from those claiming to be affected by the cuts also appeared on LinkedIn at the time. Brandon Jenniges, a former iOS and blockchain engineer posted he “had a great time getting a deep dive into Ethereum and learning about many new things in the crypto space.”

“I and the rest of the mobile team were let go,” wrote former developer Christopher Fields.

In July, the company terminated its CFO Michael Recupero and a number of staff at its video game-focused magazine Game Informer.