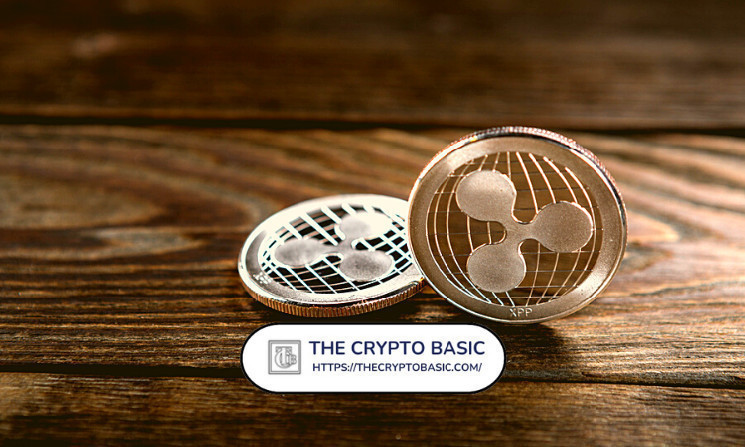 James Wallis has been selected as a keynote speaker.

Ripple has announced that its VP of Central Bank Engagements & CBDCs, James Wallis, will represent the company at the upcoming Digital Pound Foundation webinar. The webinar, dubbed “What Is A Digital Pound Really Useful For?” will be held on January 26, 2023, at 4 PM (GMT).

Register for @digitalpoundfdn’s webinar, ‘What is a digital Pound really useful for?’ with Ripple’s VP of Central Bank Engagements and #CBDCs James Wallis. 👉 https://t.co/Yr1nx2pJ4r pic.twitter.com/IQ0hhbxgwR

The webinar will enlighten the audience on the importance of a digital Pound and the value the digital currency plans to add to the existing payment sector.

“In this webinar, we will hear from a range of practitioners who are piloting or implementing real-world use cases for a digital Pound and debate with a panel of experts around where CBDCs and privately-issued stablecoins can really deliver on these goals,” Digital Pound foundation noted in a statement.

Some of the panelists include Chris Ostrowski (CEO and co-founder at SODA), David Karney (Head of Digital Assets at Worldline), Jakub Zmuda (Chief Strategy Officer at Modulr), .

The Digital Pound Foundation is an independent non-profit organization working with numerous participants and stakeholders, including Ripple, to implement a well-designed digital Pound. The organization, which was incorporated on June 22, 2021, is also working towards implementing an effective and diverse ecosystem for new types of digital money.

On October 14, 2021, Ripple announced in a press release that it had joined the Digital Pound Foundation as a member.

“Ripple is excited to announce it is joining the Digital Pound Foundation, a non-profit focused on the development and implementation of a digital Pound in the United Kingdom,” Ripple said in a statement.

Ripple added that its Head of Policy, Susan Freidman, will represent the company on the Digital Pound Foundation board.

It bears mentioning that there is a growing interest in Central Bank Digital Currencies (CBDC) among various central banks, including the Bank of England, South Korea, etc. Interestingly, Ripple has continued to play a major role in helping central banks to embrace CBDCs.

In September 2021, Ripple partnered with the Royal Monetary Authority of Bhutan to pilot retail, cross-border and wholesale payment use cases for a digital Ngultrum.