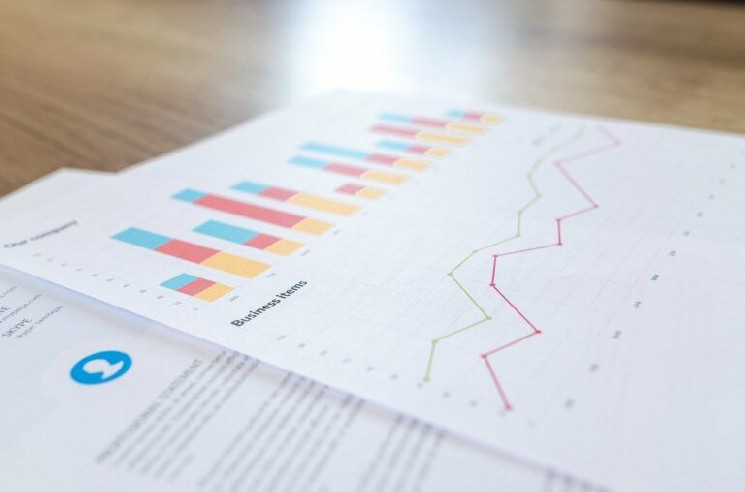 The percentage of Bitcoin ($BTC) investors holding onto the flagship cryptocurrency for longer periods of time reached a new all-time in December of last year, as HODLers are weathering the bear market while waiting for a trend reversal.

According to data from leading digital asset market data provider, cryptocurrency markets have seen a “surprisingly positive start to 2023,” with $BTC moving up 25.1% and Ethereum ($ETH), the second-largest cryptocurrency by market capitalization, 26.6%.

On its latest Market Spotlight post, CryptoCompare researchers note that there are several factors contributing to the upward move, including ownership distribution of $BTC showing long-term holder percentages have hit a new all-time high of 72.3% in December, which could be expected “following periods of consolidation where long-term holders can accumulate BTC at low prices.” 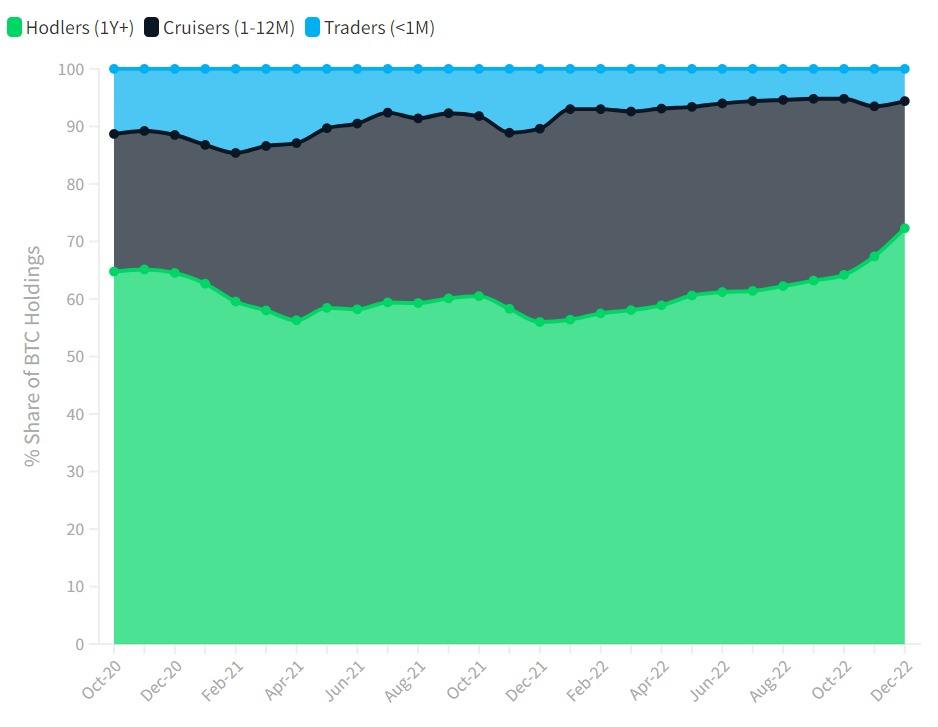 The percentage of short-term holders has meanwhile dropped to a multi-year low in October 2022, suggesting a “mean reversal is due with short-term traders likely to enter more BTC positions in the short to medium term.”

The report notes that BTC’s rally this year was seemingly the result of a short squeeze after a large number of short positions accelerated the rally while having to purchase back the assets they sold to cover their positions.

On top of that, the macroeconomic environment has been improving, with inflation in the United States now having dropped for 6 months in a row, from 9.1% in June 2022 to 6.5% in December. In the European Union, inflation fell from 10.1% in November to 9.2% in December.

As CryptoGlobe reported, $BTC has recently seen a key technical indicator signal that the flagship cryptocurrency’s price has entered an uptrend for the first time since December 2021, when BTC dropped from around $50,000 to $43,000.

Earlier this week, a top cryptocurrency analyst that has gained a large following on social media after accurately in January 2018 bitcoin’s 84% decline throughout that year, from over $19,000 to a little over $3,000 in a year-long bear market, has suggested through two charts that there’s potential for Bitcoin to hit $150,000 by 2025.

Peter Brandt, who is one of the world’s most respected classical chartists, has shared charts on the microblogging platform Twitter with his nearly 700,000 followers that suggested $BTC is making an inverse head and shoulders pattern, which could push $BTC to $30,000 by the second quarter of this year.