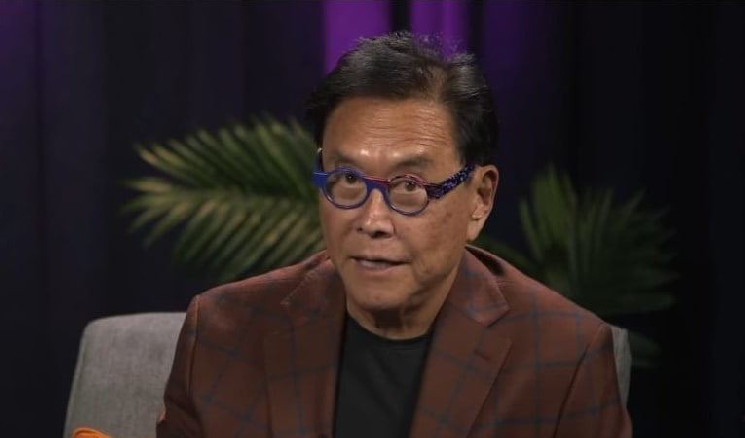 Robert Kiyosaki, author of the personal finance book “Rich Dad Poor Dad,” has suggested that investors still have a chance to get richer in the future even with the possibility of the Federal Reserve planning to print more money.

According to Kiyosaki, to avoid the effects of additional money printing, holders of Bitcoin (BTC) will likely get richer when the Fed changes the monetary policy, he said in a tweet on December 9.

The author added that besides Bitcoin, precious metals like gold and silver are likely to return more value, unlike saving money. Interestingly, Kiyosaki cautioned that pensions might bubble, stating that the situation is the “next global Lehman”. Notably, the bankruptcy of Lehman Brothers in 2008 was the climax of the subprime mortgage crisis that partly contributed to the recession.

“PENSIONS next global LEHMANN. What are you going to do? Will you get richer or poorer? People who own gold, silver, and Bitcoin will get richer when the Fed, Treasury, Wall Street pivot & print trillions of fake dollars. Fake money savers will be the biggest losers. Don’t be a loser,” he said.

Indeed, Kiyosaki has continued to warn of a catastrophic market collapse while blaming the Federal Reserve over the institution’s handling of inflation. Back in April, he noted that if inflation is not contained, it might wipe out about 50% of the United States population.

In the meantime, the author maintained that cryptocurrencies and precious metals could offer a safe haven. Despite the crypto market maneuvering and the extended sell-off that was worsened by the FTX crypto collapse, Kiyosaki maintained that he is still bullish on Bitcoin. According to Kiyosaki:

“I’m still bullish on Bitcoin but don’t consider silver and the silver ETF the same thing. And Bitcoin is not the same as Sam Bankman-Fried. (…) It’s FTX that’s the problem.”

In fact, Kiyosaki believes that despite the crypto sector crisis, the FTX development does not influence the future of digital currencies.

Factors that can sink economy

As reported by Finbold, Kiyosaki pointed out that the global economy can sink based on supply chain breakdown, rising inflation, and political instability, singling out the United States and China trade wars as a potential threat.

As Kiyosaki remains bullish on Bitcoin, the asset is attempting to mount a solid rally above $17,000 after days of consolidating. By press time, Bitcoin was trading at $17,180, with gains of about 1.5% in the last 24 hours.

#Bitcoin (BTC) Will Reach $25,000, But Another Thing Is Happening First, Mike Alfred Says

Why Multisig Is Essential For Anyone Who Believes In #Bitcoin

‘It Was a Mistake to Trust Craig Wright’: #Bitcoin (BTC) Foundation’s Gavin Andresen

#Bitcoin (BTC) Will Reach $25,000, But Another Thing Is Happening First, Mike Alfred Says

Why Multisig Is Essential For Anyone Who Believes In #Bitcoin

‘It Was a Mistake to Trust Craig Wright’: #Bitcoin (BTC) Foundation’s Gavin Andresen