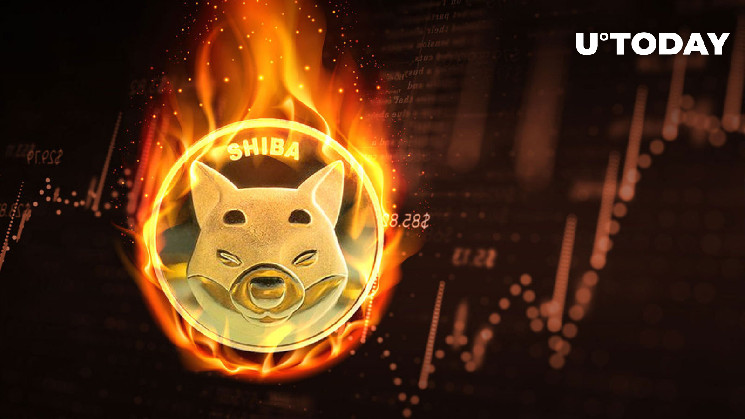 The prominent tracker of burn transactions applied to Shiba Inu tokens, @shibburn, has revealed that over the past 24 hours, the burn rate of SHIB has jumped substantially.

According to data published on the website of Shibburn, the value of the SHIB burn rate has jumped by 153.18%, with a total of 3,362,763 meme coins worth $31 removed from circulation since yesterday morning.

This week has not seen an extraordinary amount of SHIB tokens moved to dead-end wallets (from where nobody can access them to spend). They were chunks below 10 million meme tokens. On Dec. 7, the SHIB burn rate even saw an 80% drop as only around 1 million tokens were removed from circulation.

According to Shibburn, over the past week, it saw slightly over 126 million locked in unspendable wallets.

Data on the total weekly burn is usually released on Sunday.

In the meantime, the price of this prominent meme coin saw a modest gain earlier today as it managed to rise by 2.37%. By now, a roughly equal decline has been noticed on the SHIB/USD chart. 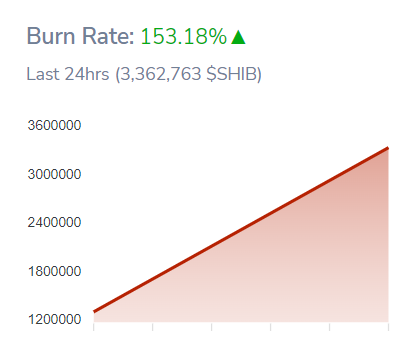 The amount of SHIB holders now, according to the WhaleStats tracker of the largest wallets on Ethereum, BSC and several other chains, stands at 1,258,552.

As for the amount of SHIB owned by the largest hundred wallets on Ethereum, it remains $71,378,787 in USD equivalent. This stash of crypto is worth 7,713,405,151,552 Shiba Inu and constitutes 3.26% of these whales’ comprised crypto portfolio. SHIB sits here in fourth spot after stablecoins USDT and USDC, as well as after stETH.