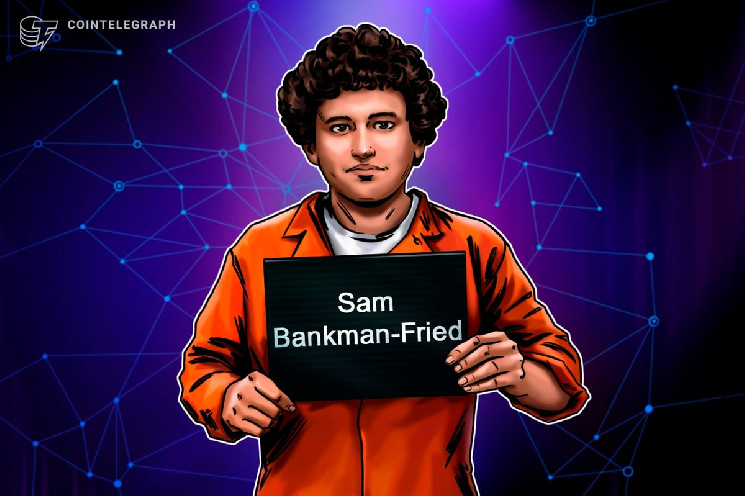 FTX founder Sam Bankman-Fried has received official criminal charges after the collapse of his cryptocurrency , which is more than just a moral victory for the exchange’s roughly 1 million individual investors. While not locked in yet, things appear to be on track for these investors to take a more favorable tax position as SBF’s fate continues to unravel.

What kinds of losses can FTX investors claim on their taxes?

Earlier this fall, it appeared that assets lost in the FTX collapse would be considered a capital loss under the United States tax code for the tax year 2022. This capital loss can be used to offset capital gains. But in a year in which the crypto market took a beating as a whole, most investors will not have capital gains to offset in 2022.

A capital loss can also be used to offset “ordinary income,” such as money earned from a business or job — up to $3,000 per year. The loss is carried forward indefinitely, but if your loss in the FTX collapse was substantial, it could take quite a while to claim all of it.

A much more favorable scenario for many investors would be to claim a theft-loss deduction, which can offset ordinary income without any limit. Claiming a theft loss is normally a fairly difficult task that can attract scrutiny from the Internal Revenue Service. But the tax code for theft loss contains a “safe harbor” for Ponzi schemes. For the most part, if an investor is able to demonstrate a loss in a Ponzi scheme, the IRS won’t require additional documentation.

Was FTX a Ponzi scheme?

Because investor assets were illegally diverted to Alameda Research, SBF’s hedge fund, it seems likely that the IRS will ultimately view FTX as a Ponzi scheme. To activate the safe harbor, FTX or its “lead figure” SBF has to be charged with fraud matching this description in the tax guidance:

The charges the SEC leveled against SBF focus on equity investors, not retail investors. But the SEC does specifically mention “the undisclosed diversion of FTX customers’ funds to Alameda Research.” While not an official green light for the safe harbor, it’s very close — closer than we may have expected we’d see in 2022.

Outside of criminal charges, a criminal complaint coupled with a confession activates the Ponzi scheme safe harbor as well. While he has been very vocal following the FTX collapse, SBF has given no indication he plans to confess to anything.

What should FTX investors and their tax professionals do?

With the individual tax-filing deadline of April 18, 2023, investors who lost assets on FTX have some time to see how this plays out. It seems very possible that the SEC will bring additional charges against SBF or FTX that would clear up any doubt around the Ponzi scheme safe harbor.

The IRS may also weigh in on if the existing charges are enough to trigger the safe harbor, and hopefully, 2022 is the year to take it. The theft loss could also be claimed in a future year, but most FTX investors will likely be eager to recoup some of their losses by offsetting income on their taxes as soon as possible.

For investors who lost assets on FTX, planning on claiming the capital loss at this point would likely be unwise. Even if, by some miracle, an investor has capital gains to offset from 2022, the tax rate on ordinary income is much higher. The only scenario in which this might make sense is if an individual had no ordinary income but did have capital gains in 2022.

In both of these scenarios — capital loss or a Ponzi scheme safe harbor — it’s important to note that the amount of allowable loss is the cost basis of the asset. Assuming the value you were able to extract from FTX following the collapse is zero, you can claim the full amount you originally paid for the asset.

From an IRS point of view, your theft loss includes not only the total cost basis you paid — you also receive a kicker for income you paid taxes on. If you made trades on the exchange or had an income stream and had recognized income for these in earlier tax returns, and hadn’t withdrawn from the exchange before the collapse, you would account for these in figuring out cost basis. Your certified public accountant and/or coin trading software will likely come in handy here.

For some investors, the basis is likely to be more than the asset was worth when FTX went down in flames — potentially quite a bit more. That may be a bit of a silver lining here. And while it seemed like investors would have to wait for 2023 to see if charges were brought in this matter, the SEC appears to have handed them an early Christmas present.

Kraken’s team is flush with IPO talent, even if it’s not quite the right time

Digital Pound Nothing Like Crypto, Bank of England Official Says as Press Dubs It ‘Britcoin’

Kraken’s team is flush with IPO talent, even if it’s not quite the right time

Digital Pound Nothing Like Crypto, Bank of England Official Says as Press Dubs It ‘Britcoin’