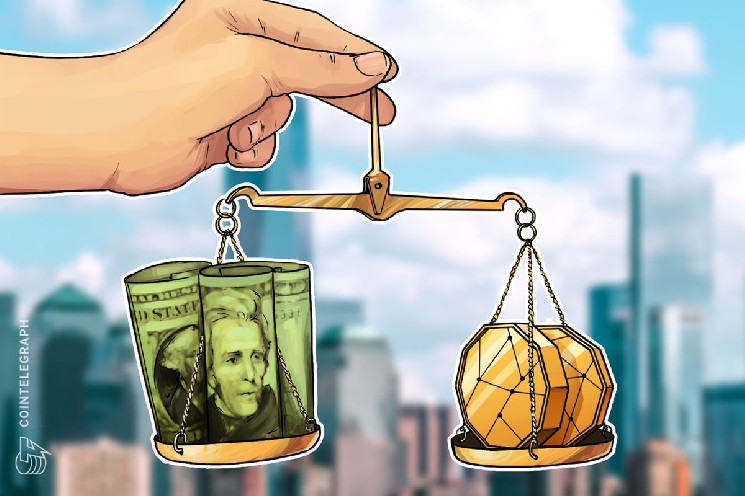 The total cryptocurrency market capitalization dropped 8.1% in the past two days after failing to break the $880 billion resistance on Dec. 14.

The rejection did not invalidate the 4-week-long ascending channel, but a weekly close below $825 billion will confirm a shift to the lower band and reduce the support level to $790 billion.

The overall investor sentiment toward the market remains bearish, and year-to-date losses amount to 66%. Despite this, Bitcoin (BTC) price dropped a mere 2% on the week, down to the $16,800 level at 17:00 UTC on Dec. 16.

A far different scenario emerged for altcoins which are being pressured by pending regulation and fears that major exchanges and miners could be insolvent . This explains why the total market capitalization had dropped by 4.7% since Dec. 9.

According to court documents filed on Dec. 15, a United States Trustee announced the committee responsible for part of FTX’s bankruptcy proceedings. Among those is Wintermute Asia, a leading market maker and GGC International, an affiliate of the troubled lending platform Genesis. Investors remain in the dark about who the biggest creditors from the failed FTX group are and this is fueling speculation that contagion could continue to spread.

On Dec. 15, The central bank of the Netherlands issued a warning to investors using , saying the exchange was operating without legal registration. De Nederlandsche Bank added that the crypto firm was illegally offering services and illegally offering custodian wallets for users.

Adding to the drama, on Dec. 16, Mazars Group, a company known for its proof-of-reserve audit services for crypto companies, reportedly removed recent documents that detail exchange audits from its website. The firm was previously appointed as an official auditor for Binance’s proof-of-reserve updates, a movement that was followed by Kucoin and Crypto.com.

The Bitcoin mining sector has also suffered due to the strong correction in cryptocurrency prices and rising energy costs. Publicly-listed miner Core Scientific was offered a $72 million contingent emergency credit line to avoid bankruptcy. The financial lender requires suspension of all payments to Core Scientific’s equipment lenders while Bitcoin remains below $18,500.

The 4.7% weekly drop in total market capitalization was impacted mainly by Ether’s () 5.4% negative price move and BNB, which traded down 15.1%. Consequently, the bearish sentiment significantly impacted altcoins, with 14 of the top 80 coins dropping 12% or more in the period. 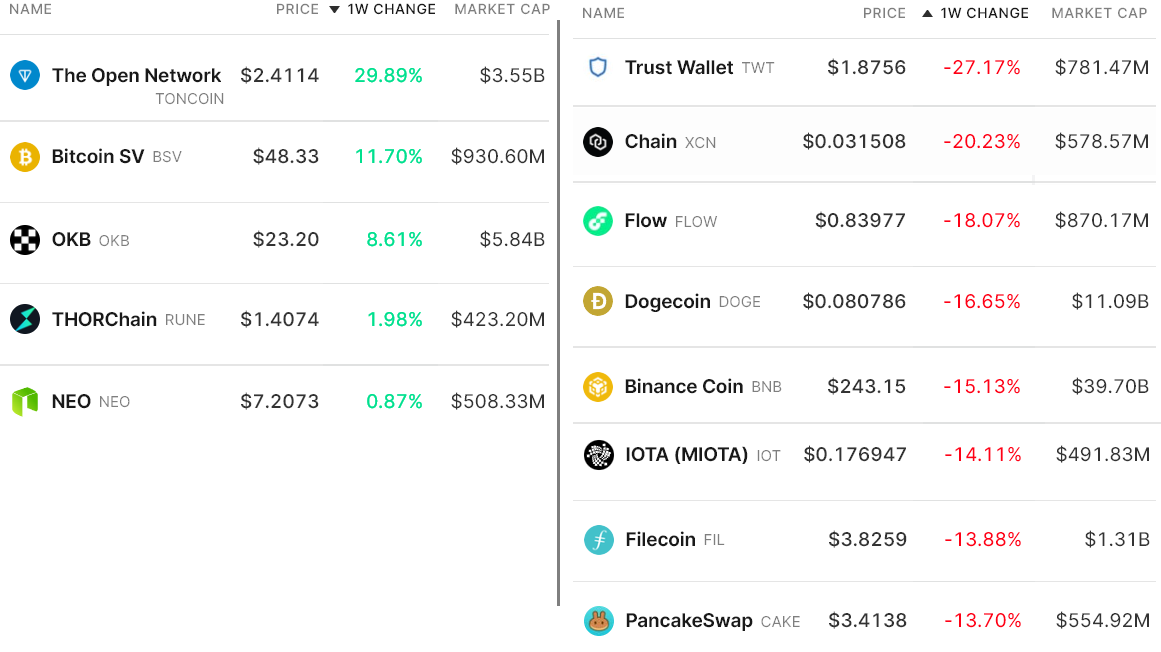 Weekly winners and losers among the top 80 coins. Source: Nomics

Bitcoin SV (BSV) rallied 11.7% after Craig Wright, the self-proclaimed Satoshi Nakamoto and leader of the altcoin project, appealed to his loss in Norway courts.

Leverage demand is balanced between bulls and bears

Currently, data shows demand for leverage is split between bulls and bears. 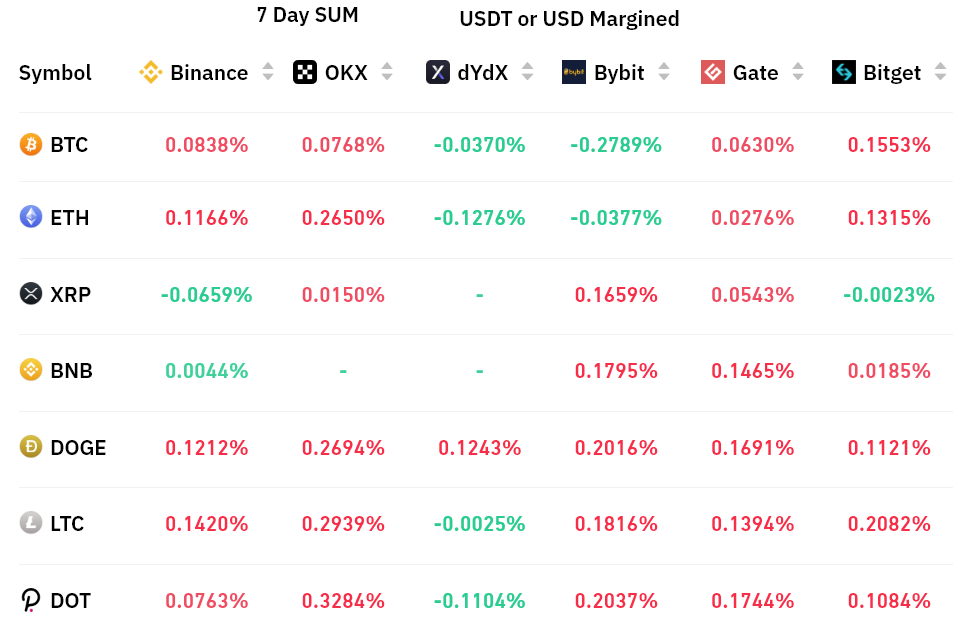 The 7-day funding rate was near zero for Bitcoin and altcoins, meaning the data points to a balanced demand between leverage longs (buyers) and shorts (sellers) in the period.

Traders should also analyze the options markets to understand whether whales and arbitrage desks have placed higher bets on bullish or bearish strategies.

Traders can gauge the market’s overall sentiment by measuring whether more activity is going through call (buy) options or put (sell) options. Generally speaking, call options are used for bullish strategies, whereas put options are for bearish ones.

A 0.70 put-to-call ratio indicates that put options open interest lag the more bullish calls by 30% and this is bullish. In contrast, a 1.40 indicator favors put options by 40%, which can be deemed bearish. 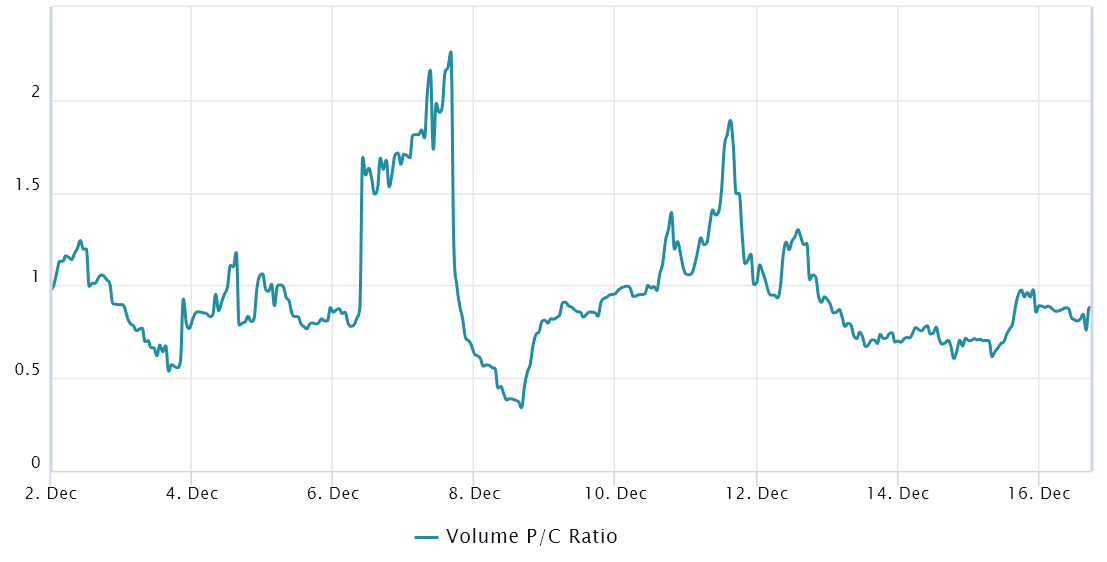 Even though Bitcoin’s price failed to break the $18,000 resistance on Dec. 14, there was no excessive demand for downside protection using options. More precisely, the indicator has been below 1.00, so slightly optimistic, since Dec. 12.

Presently, the put-to-call volume ratio stands near 0.88 because the options market is more strongly populated by neutral-to-bullish strategies which favors call (buy) options by 12%.

Derivatives markets are neutral, but the newsflow is negative

Despite the substantial weekly price decline in a handful of altcoins and the 4.7% drop in total market capitalization, derivatives metrics reflect no signs of panic.

There has been a balanced demand for longs and shorts using futures contracts. As a result, the BTC options risk assessment metric remains favorable even after Bitcoin’s 8.5% correction following the $18,370 high on Dec. 14.

Ultimately, bulls should not expect the $825 billion market capitalization to hold, which does not necessarily mean an immediate retest of the $790 billion support.

Currently, the lower band of the ascending channel continues to exert upward pressure, but the newsflow looks favorable for bears.

The views, thoughts and opinions expressed here are the authors’ alone and do not necessarily reflect or represent the views and opinions of Cointelegraph.